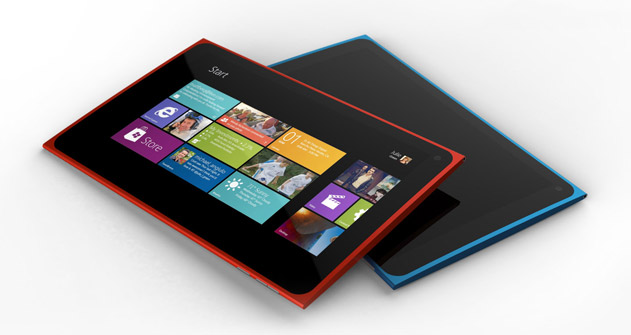 If you’re looking forward for a Nokia tablet launch at MWC 2013 this year, well don’t since the word is out now that the Finnish company will actually not bring a slate to Barcelona. Research firm Strategy Analytics just finished conducting “extensive channel checks” and come up with nothing, as far as Nokia tablets are concerned.

The Finns are expected to focus on the Lumia line of Windows Phone 8 smartphones exclusively and they claim that this is the correct strategy for the company, since they have the chance to expand the lineup. The idea is to cement the good things they’ve got going, instead of risking it all on a new product. Nokia is probably afraid of a repeat of what happened to their netbook/booklet a few years ago, with the product being ignored and canned fast.

While a tablet is out of the picture, the product remains out there and it has leaked recently in Pakistan, so it may be in the making, but not ready for an unveiling now. However, we might see a phablet at MWC 2013, since there have been consistent rumors about that Juggernaut model.