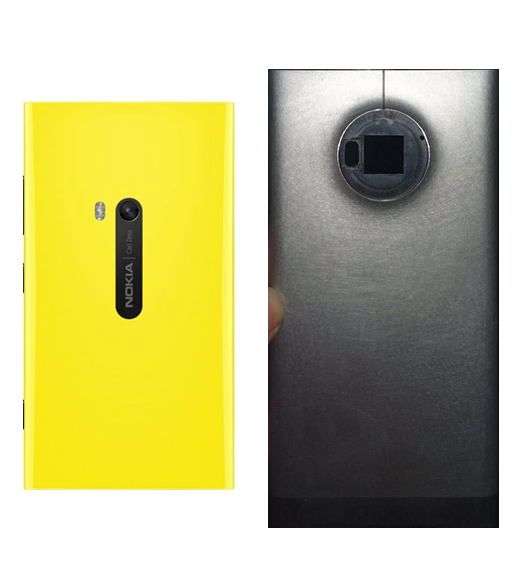 It’s strange to see that in spite of the numerous leaks of the Nokia EOS, no one has ventured to call it a phablet, although it’s clearly about an inch bigger than the Nokia Lumia 920, as far as diagonal goes. What if…?

I’ll remind you that the EOS is the upcoming Nokia cameraphone with a double digit megapixel count, Pureview technology, Lumia branding and all that. While we do have a ton of pics, some specs aren’t clearly detailed, such as the diagonal and CPU choice. People who actually compared the Lumia 920 with the EOS via the pictures on the web have speculated that the newcomer would measure 77 mm in width and 153 mm in length.

The device would be merely 7 mm thick and about 10 mm thick around the camera hump region, which is still decent. Overall, the Nokia EOS would be a 5.3 inch phablet, about the same size as the Galaxy Note first gen. And in other news, the product is supposedly meant for a Q4 release, with the GDR 3 build of Windows Phone 8 on board.

Nokia Champagne Pictured Leaked; Could be a Tablet, Could be a...