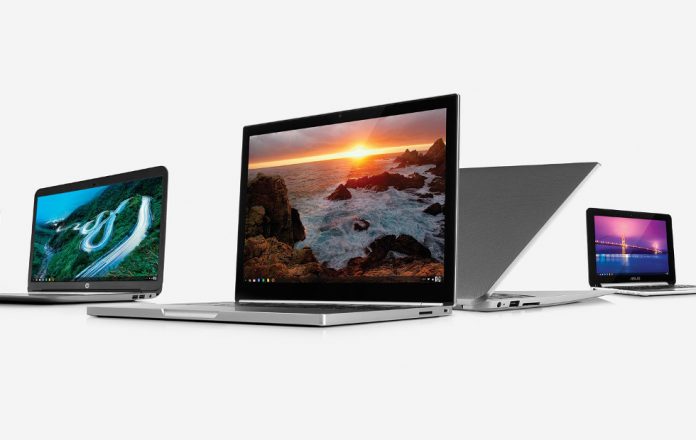 You may be wondering what’s next for Chromebooks, now that the Windows on ARM devices are getting hype and talk about their integration of Snapdragon 850 and Snapdragon 1000 CPUs. Well, Chromebooks are about to get better connected.

The latest rumors are saying that the future Chrome OS laptops will come with eSIM and Project Fi support. Traditionally Chromebooks stay glued to WiFi and don’t get any love for 4G LTE, unlike the Windows on ARM machines, which are all about LTE and Always Connected stuff. The eSIM packing models of the future will support both Google’s own network and other carriers’ networks.

The first signs were found by XDA in a code review for open source Chromium, the code on which Chrome and Chrome OS are based. It details a certain “Project Hermes”, with the above mentioned functions. Hermes is all about implementing eSIM support for Chrome OS. It will deliver messages between devices with eSIM chips and carrier servers via profile downloads and service discovery for new carriers.

eSIM tech hasn’t been very available on tablets and laptops and only a few high profile devices have used it. Google Pixel 2 and iPads come to mind. 4G and even 5G capable Chromebooks will make for some pretty solid Windows on ARM competition in the future. It remains to be seen if they can also break the 20 hours of battery life barrier.