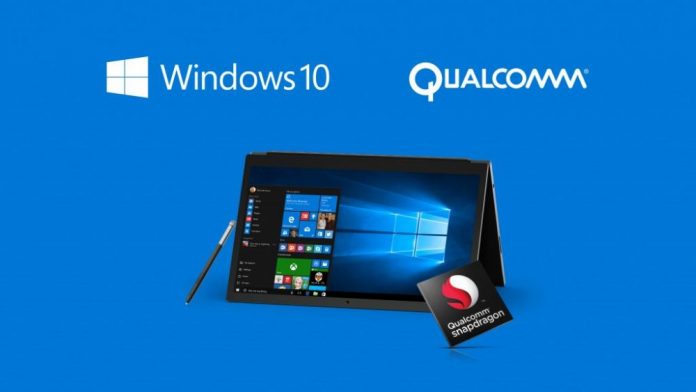 Qualcomm seems to be ready to go big or go home, as far as conquering the PC market is concerned. They’ve already bagged the smartphone biz, they also acted on the tablet market, but now it’s time for more. It seems that there are two new Snapdragon CPUs incoming, with laptops in mind: Qualcomm Snapdragon 850 and Snapdragon 1000.

There have been several developments over the past days, like ARM announcing the Cortex A76 cores and rumors about new Windows on ARM devices. GeekBench listed recently a new 32 bit Windows 10 device, one used by Qualcomm for testing purposes and another made by Lenovo. Those devices popped up with 4 GB of RAM and an octa core CPU clocked at 2.96 GHz.

The CPU here is the Qualcomm Snapdragon 850, a slight bump from the Snapdragon 845. The maximum listed speed is up 6% compared to the predecessor and there are also changes regarding thermal throttling and hardware acceleration. Those were done in order to fit the convertible laptop format, not the smartphone one. It’s also quite the jump from the Snapdragon 835, currently used on the Windows 10 on ARM laptops on the market.

The latest leaks mention a few devices ready to sport the new CPUs, with codenames like ELZE1 for Lenovo, Chimera 2 for HP and Thanos for ASUS. Meanwhile the Snapdragon 1000 is also in play, as new job listings over at Qualcomm have mentioned it. This one has a more ambitious design, with a power of 6.5 watts, meaning it gets closer to the Intel “Y” series dual core processor tabelts, at 7.5W.

The Snapdragon 845 is a 5 watt unit, so the increase is real. ASUS is going to be the first company to use this CPU, working directly with Qualcomm on a Windows 10 on ARM device codenamed “Primus”. Expect more developments at Computex 2018, or IFA 2018 the latest.

Nexus 7 Dated for July 19th on Dixons Group, Priced at...