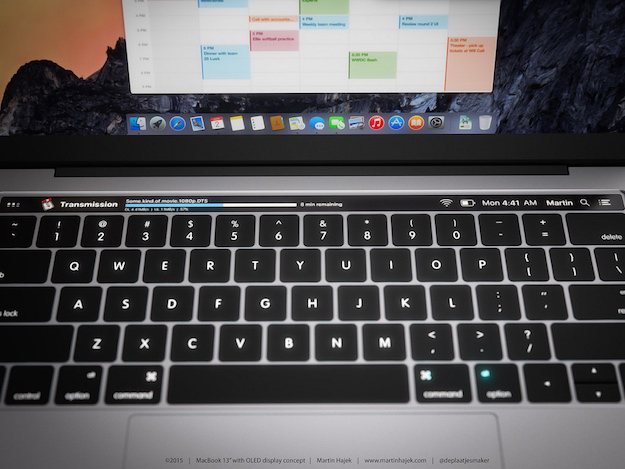 Both Apple and Microsoft have events scheduled this week, with Apple’s event supposed to bring us new MacBooks and new Mac things in general. Anyway, today said novelty is confirmed by a trademark leak and filing from Russia. 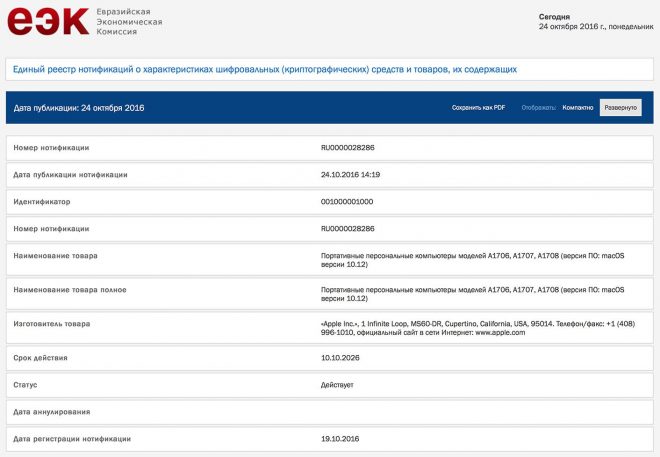 It would appear that the FCC equivalent in Russia has approved 3 new portable computers, the A1706, A1707 and A1708, which may just be new MacBooks. It’s very likely these are new 13 inch and 15 inch MacBook Pros, as well as a brand new MacBook Air. A Retina MacBook is also in the cards, although it would be strange to  see it, since it was already updated earlier in the year.

Aside from codenames we also found out that the new laptops are based on the latest version of MacOS. We don’t have any clues about the new MacBook Air, but we’ve been hearing for a while now that the new MacBook Pro will have a nifty OLED strip, to replace the function keys. It’ll show different functions depending on the app you’re in.

There’s always on Hey Siri in the mix and a Touch ID sensor may also make the cut. The new MacBooks will be a bit thinner and lighter than before, they’ll have GPU updates and the latest CPU generation.