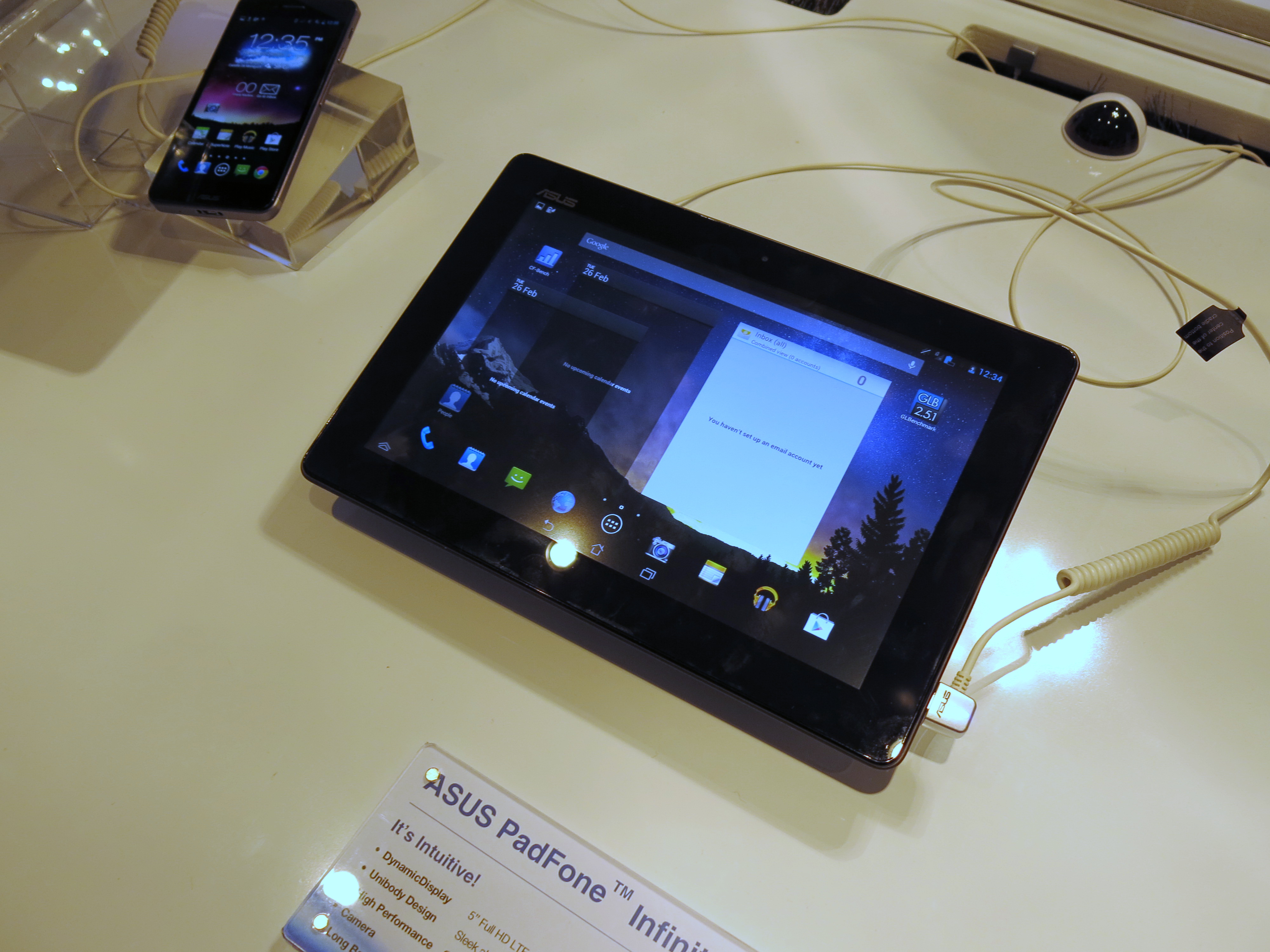 At first sight, the ASUS PadFone Infinity may not feel like much of an upgrade compared to the PadFone 2, but if you look at it closely, you’ll notice an interesting evolution. Both the tablet and smartphone now offer a Full HD resolution and in case you already want to purchase a unit, know that you’ll be able to do that starting April, for 999 euro. 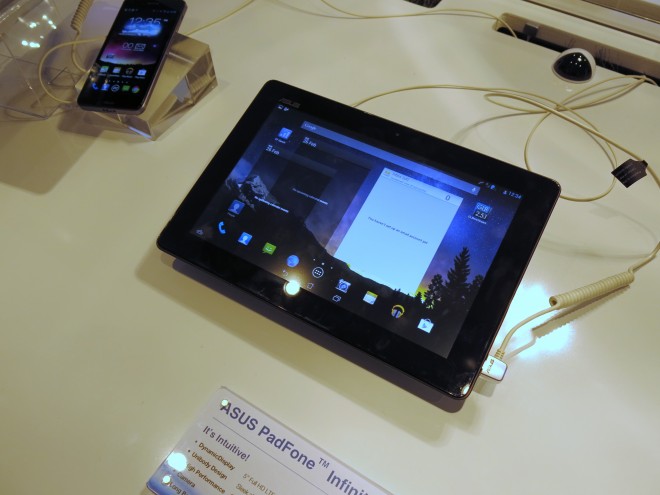 ASUS PadFone Infinity was announced yesterday, as a two part hybrid, that includes a 10.1 inch tablet and a 5 inch smartphone that’s inserted in a special slot at the back of the slate. The mechanism is the same as on the PadFone 2: the phone slides into the tablet. The Infinity uses a nano SIM and it’s a 8.9 mm thick smartphone, that weighs 141 grams, reasonably for a 5 inch device.

It adopts a Super IPS+ LCD display with A Full HD res and Gorilla Glass protection, while the PadFone Station has a 10.1 inch IPS screen with a 1200p res. Inside the tablet there’s a 5000 mAh battery, that triples the life of the phone and we were totally impressed by the metal plate at the back of the phone, looking very elegant and premium.