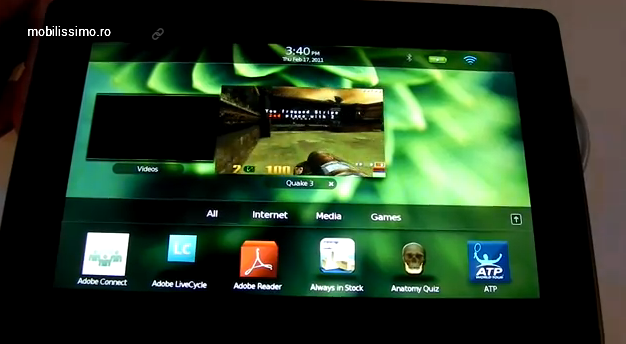 Back in Barcelona during MWC 2011, we were shown what the BlackBerry PlayBook tablet can do. This includes running a slew of apps at the same time and memory-consuming ones, too. We’re talking about Quake 3, Adobe Reader and a movie playing software, all working at the same time, without trace of lag, as shown in the video below.

Contributing to this performance are the QNX OS with multitasking, a 1GHz dual core processor and 1GB of RAM. The PlayBook is a 7 inch slate with a 1024 x 600 pixel resolution and measuring 10mm in thickness. The device is multitouch capable and supports WiFi 802.11 a/b/g/n, among others. It also comes with a HDMI port and DLNA connectivity, that will bring its content to the big screen.

We also get a glimpse at the front 3MP camera, the 5MP rear one and if you’re wondering about the video capabilities, know that the device does 1080p HD video (only playback, not capture). It’s also able to pair with other BlackBerry devices, that run at least BB OS 5.0. It’s all done via Bluetooth and applies to push email, Calendar, Docs and BBM. 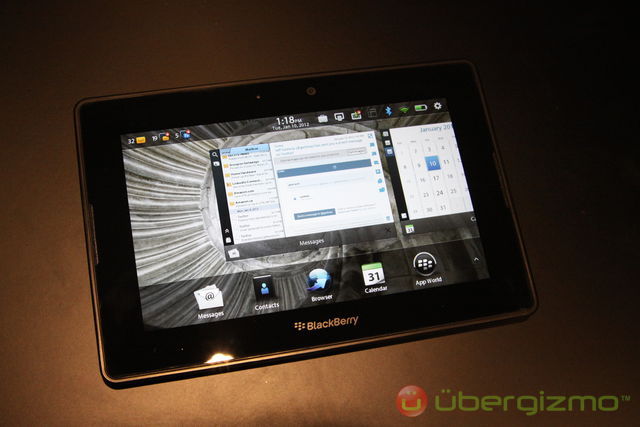 BlackBerry PlayBook’s Lack of BB 10 OS Support is Regreted by...