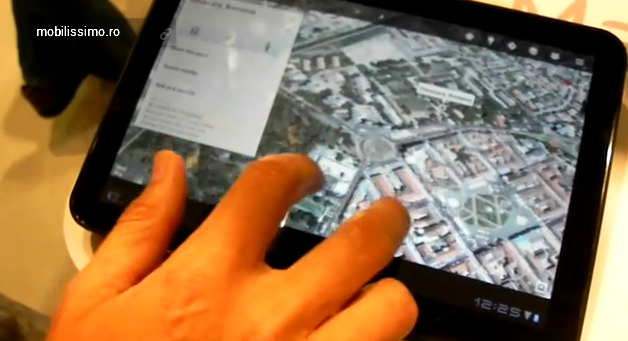 While we were in Barcelona at MWC we got to visit Google’s Android booth, that also had a place for Google Mobile Maps. This application has been tweaked for tablets, as you can see from the following Motorola Xoom hands-on. This new version allows the user to rotate maps around and switches from vector based maps to client rendered image apps.

You can zoom in to any level you want, tilt the map to make the experience close to 3D and more. Turn by turn navigation is also included, with text or voice guidance to your destination, as shown in the clip with Barcelona and the Google booth as the example. This sort of 3D-like mapping on the go makes us wonder what Nokia and Bing together will do compete with Google’s service.