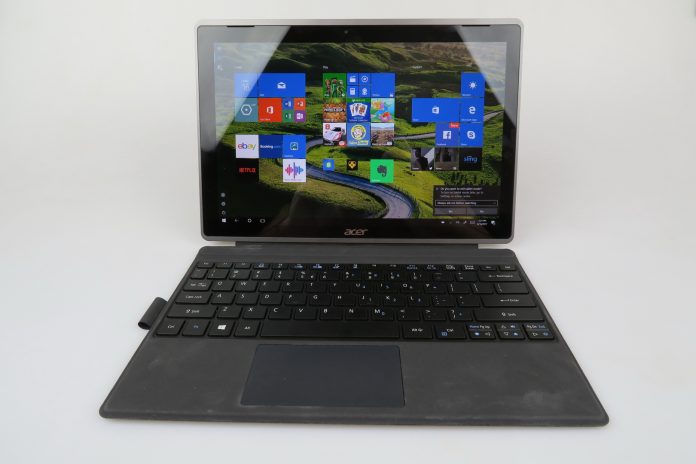 Acer Switch 3 recently debuted in USA, priced at $449 and we had the chance to also review it in the early days of summer. This is no regular machine, as it gets a bit of the Surface Pro looks, has Chromebook specs and it’s a 2 in 1 tablet with a midrange price. Launched at the end of April in Europe, the machine is a Red Dot Design Award winner.

It’s a keyboard and tablet combo, with a metal shell and a cheaper alternative to the Surface Pro and some Lenovo Yoga machines. It measures 10 mm in thickness, weighs 907 grams and it’s got a solid build. This is a 12.2 inch screen tablet with big bezels, which you can hold on to, when gripping the slate. I’m digging the kickstand integrated into the back, which you can move to a variety of angles, suited for stylus interaction or just movie watching. 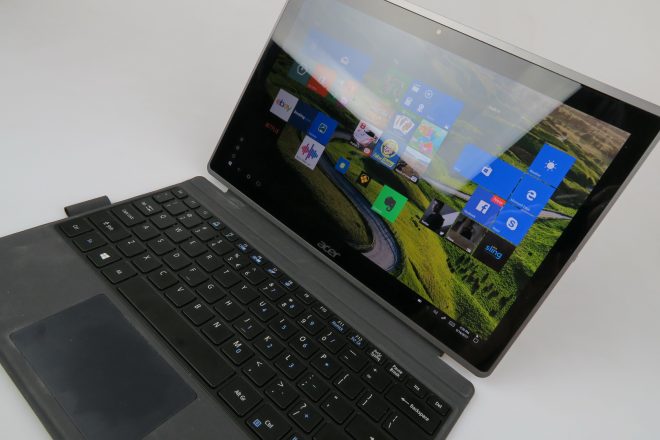 This device is simple and angular in design, but the fact it uses premium materials and looks swell is certainly a plus. Its keyboard can actually be used as a cover as well for the screen and it’s slim, comfy and it’s got a powerful magnet. The touchpad is precise and the key were ergonomic enough for me to write a few articles on them. Sadly, no backlight here…

This is certainly not a light machine, but it’s reasonably portable for my preferences. The keyboard and kickstand prop them enough on the table to offer a laptop-like experience. Overall a good design. Moving to the screen, we get a 12.2 inch panel here with Full HD resolution (1920 x 1200 pixels), an IPS LCD panel by the way. It’s got a 178 degree view angle and shows crisp and clear images, plus vivid colors. 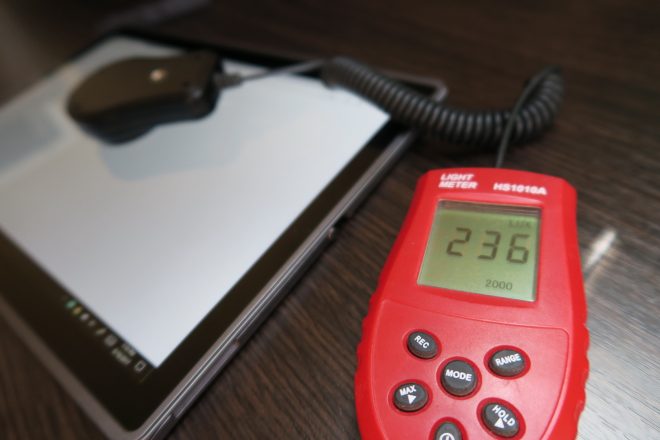 I would call the brightness OK and let’s leave it at that. View angles are wide and the contrast was rather OK. However, it’s not the kind of screen that you’ll love to use outdoors. It has an RGB Stripes pixel arrangement and offers up to 236 LUX, according to our measurement. That’s not very impressive, but at least it surpasses the ASUS Transformer Book and Chuwi Vi8.

It scores below the Acer Aspire and Acer Switch 12S (360 LUX). Settings for the screen are typical Windows material, with stuff like brightness, night light, scale and layout, plus resolution and orientation. I still call this experience OK, but not very bright. Moving on to the rest of the specs, we’ve got a Intel Pentium N4200 quad core CPU here, certainly no Core m3 or Core i3. 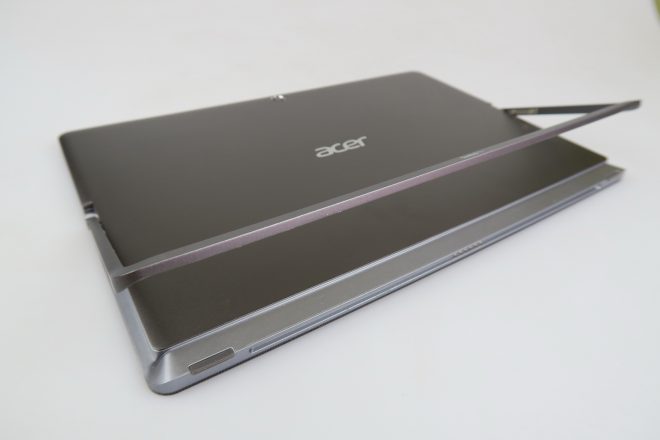 It’s accompanied by 4 GB of RAM (LPDDR3) and 64 GB of eMMC storage, as well as a microSD card slot. Somehow out of all that storage we found ourselves with 12 GB free, which is very odd. Anyway, this product certainly has no lag, in my regular use that involves Word, web browsing, some YouTube, music and other standard tasks. Riptide GP 2 looked quite fine on the big screen, so gaming also checks out, but don’t go buying Halo Wars from the Windows Store yet. 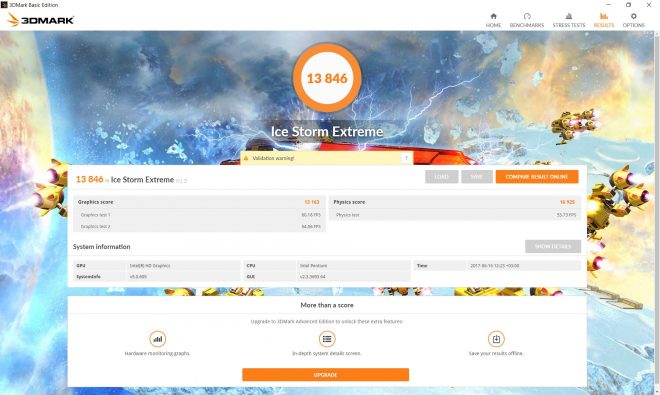 We also did benchmarks and scored 1507/4600 in GeekBench 4, which is superior to the Lenovo Yoga Book and pretty close to the iPad Air 2. SunSpider offered a superb result thanks to the Edge browser. 3DMark Ice Storm Xtreme offered a result of 13k points, almost double compared to the Cube i7 Remix. In BaseMark Web we surpassed the Lenovo Yoga Book again, so that’s where we sit basically, between the Yoga Book and iPad Air 2.

Temperature tests were also in the mix, so we achieved 32.3 degrees Celsius after running 3DMark, so there’s no overheating here. On the battery front we are treated to a 2 cell Li-Po unit, that offers 7 hours and 2 minutes of video playback, rather OK for this device segment. It beats the Acer Aspire Switch 12S and Xiaomi Mi Pad 2, but scores below the Nokia N1 and Xiaomi Mi Pad. 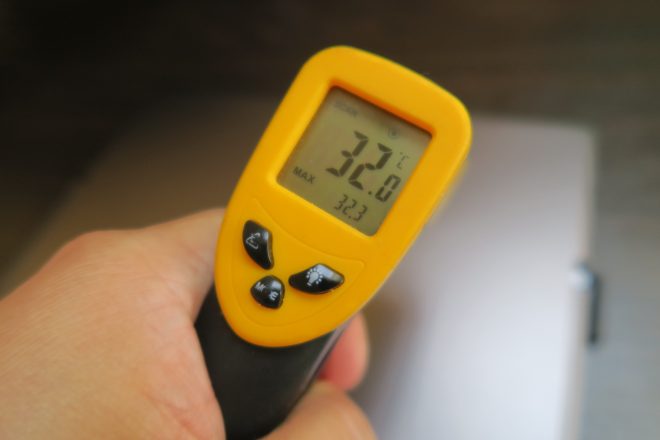 Intense usage offered us about 5-6 hours, but for those of you complaining you can’t do a full day of 8 hours of work, this is the type of portable machine for people who work on the go. They certainly won’t work 8 hours, so 6 is enough. I’m talking about Word, browsing, Games, YouTube and a movie, that’s my regular usage during a day. Charging was done in 2 hours and 45 minutes, which is not bad and the equal of the Acer Aspire Switch 12S actually. Certainly superior to the Acer Iconia One 10. 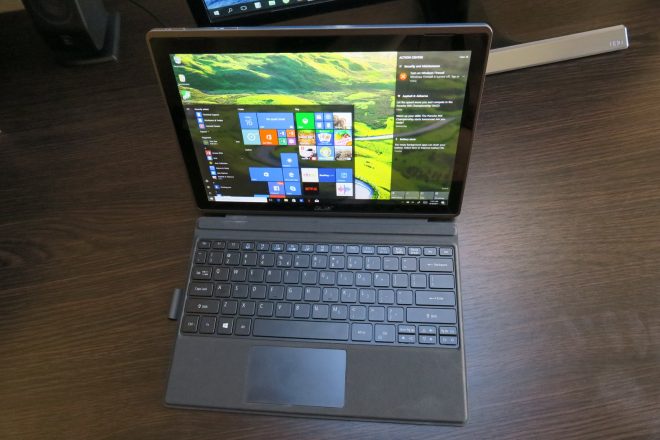 We also did charging in stages, achieving 10% after 5 minutes and 19% after 15 minutes. 30 minutes equals 32% and one hour 59%. Settings are typical Windows 10: Balanced, High Performance and Power Saver. The acoustics are now in our sights. We used two speakers at the top of the display and Groove Music as the standard music player. The experience was loud and clear, the bass was nice and the movie watching experience was downright perfect in my book. 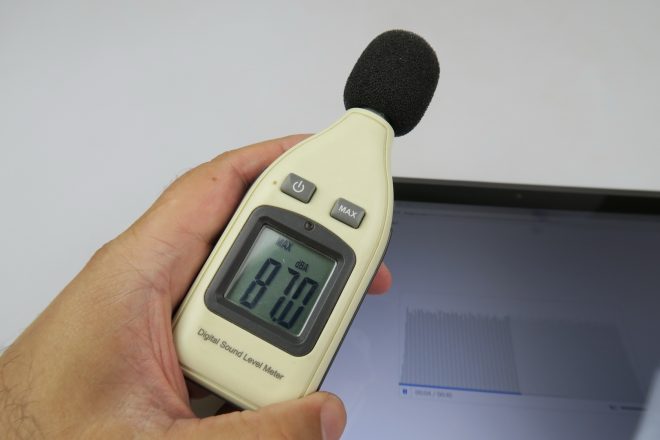 Solid stereo speakers I’d say. We achieved 87 decibels at the front with our acoustic sample and 88.3 dBA at the back side. 84.9 dBA were achieved with YouTube action. This is slightly above the Acer Aspire Switch 12 and a bit above the Cube i7 Remix. Also the iPad Air 2… Acoustically superior devices are the Nokia N1 and Chuwi Hi12, for example.

I’d say it’s OK, but I’ve seen better. Now on the camera front, things are always simple when you go past 12 inch diagonals, unless you’re Apple. Acer only provided a 5 MP back shooter and a 2 MP front camera. Options include HDR, timer, ISO, exposure, focus and shutter. We can also film in full HD apparently. Sadly, pictures are blurred, with a shade of yellow washed over them and colors were poorly calibrated. 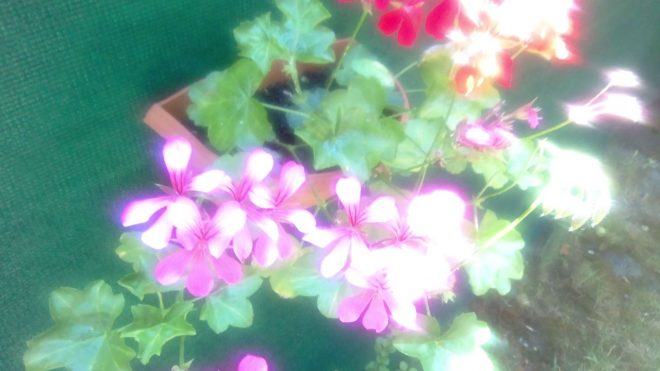 Skype was reasonable with the front cam. Now as far as connectivity goes, Acer did the safe thing and took the usual route, with the audio jack, USB Type-C, full USB 3.0 port and microSD, plus the proprietary charging port all placed on the left side of the device. There’s also WiFi ac here, Bluetooth and keyboard connecting pins at the bottom. I noticed that the transfers were quite fast here, both via USB drive and wireless, so that’s a good thing. 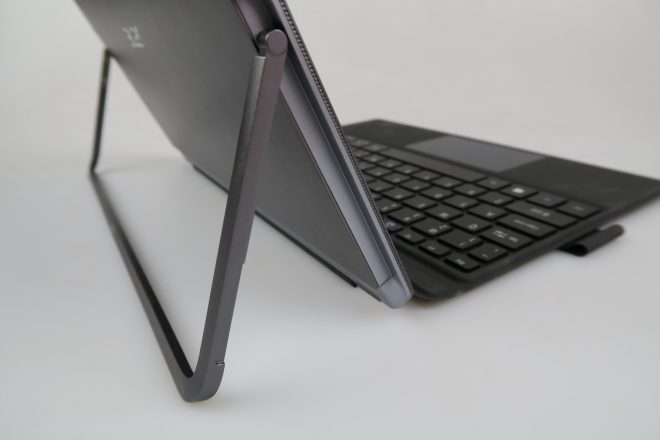 Sadly, no 4G version for this baby. As far as the OS goes, we’ve got Windows 10 Pro here, with one month of free Office 365, which is nice to see. There’s Norton Security in the mix, a Tablet Mode, Cortana and a comfy keyboard to wield, believe me. Microsoft Edge is really, really fast and we’ve also got Paint 3D, no matter what you’ve heard about it being retired. 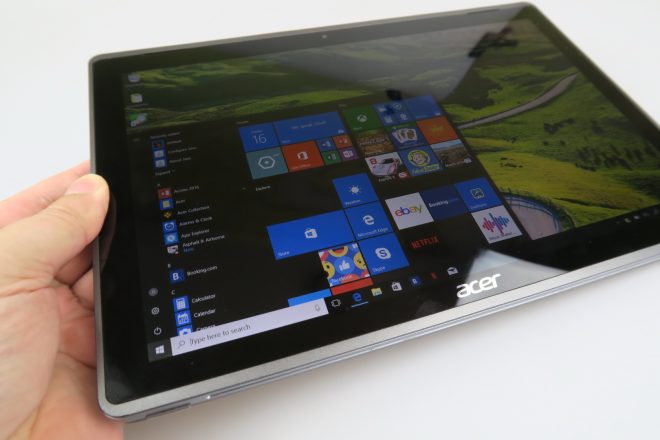 It’s basically the typical Windows 10 experience you get on a laptop, plus touchscreen action. Ink support has also been included, so you can easily make use of a stylus on this machine. I was quite happy with its productivity features and only the 4G lack was a bummer, but all of us have a phone nowadays, with hotspot feature.

And now it’s time for the verdict.

I would say that the Acer Switch 3 is good for a journalist’s tablet and as a laptop replacement. However, it’s the kind of purchase that a media outlet does for the journalist, rather than him or her buying it for themselves, if you know what I mean. It’s the sort of next gen but not quite equipment that gives the blogger an edge, an air of mystery of, “uh, what’s that?”.

From the outside it looks like a Surface Pro and inside it’s all Chromebook specs, but the main idea is this one: can it replace a laptop? It sure can. You can get it here.