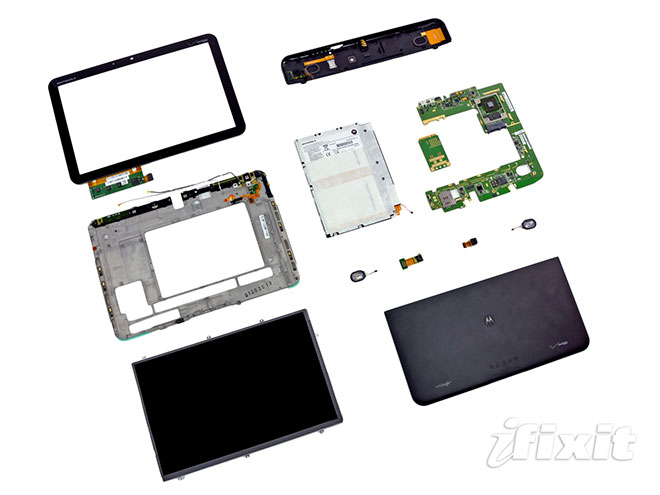 iFixit managed to score a Motorola Xoom unit, which they took apart recently, in order to reveal the circuitry inside. What they found out is that the device is easy to fix and put back together and the teardown also revealed an easy to open case, with a two piece rear casing.

It’s presumed that the split aluminum and plastic casing was adopted to include the 4G LTE upgrade. Motorola Xoom got a repairability score of 8 out of 10, with camera modules not soldered onto the board or bundled into groups, for example. Under the exterior shell, the crafty people of iFixit found a Broadcom BCM4329 802.11n WiFi, Bluetooth 2.1 and FM tuner, an AGPS one, an electronic compass chip and a Qualcomm one that supports HSPA+ speeds.

The Nvidia Tegra 2 main chipset was also found, with its dual core ARM Cortex A9 CPU and low power GeForce GPU. Xoom uses standard screws and connectors and its LCD panel and outer glass aren’t fused, so they’re easy to replace, too.