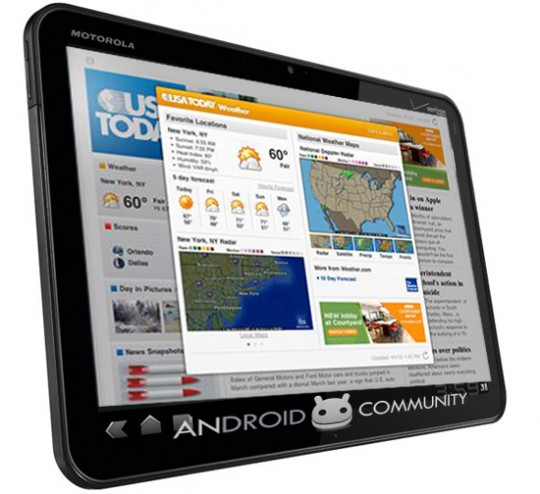 Since most major publications got an iPad app already, it’s time for Honeycomb to get its share of the prey. So, here’s the USA Today announcing that it will have its very own Android 3.0 application, that will run on the Motorola Xoom. USA Today covers latest news, sports, weather and stock quotes, among many things.

Through the new app, you get breaking news all the time, 24/7 and the USA Today App will be a piece of software that will debut along with the Motorola Xoom. The publication was founded in 1982 and it was the country’s first daily newspaper, so it has a pretty solid background in print and now it’s moving to the digital world.

We’re talking about a paper with an average print circulation of 1.8 million units daily and with a website that gets almost 3 times more visits. Last, we have to mention that USA Today’s mobile apps have already been downloaded over 7 million times, so the Honeycomb newcomer might prove to be a hit.