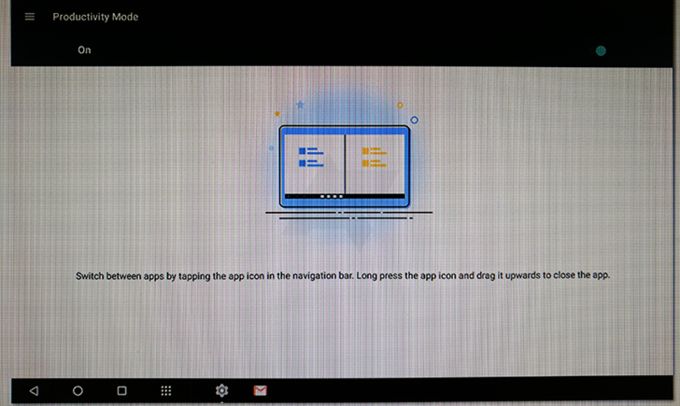 It’s been so long since the last Motorola tablet appeared, that I barely remember it was named Xoom or Xyboard, or something strange like that. Under Lenovo’s tutelage, the firm may have learned a thing or two, since it’s now said to be preparing a new slate. 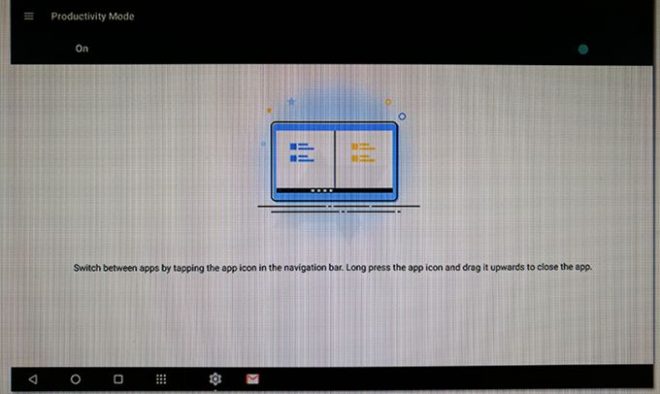 A trusted source of Androidpolice’s told them that Moto is working on a new “tablet device”, the first in about 5 or 6 years. The screenshot above is the only proof of the new device that we have, showing off a feature known as a “Productivity Mode”, from this Android unit. The tablet is expected to be on the large side, with a 9-10 inch diagonal and it should have a premium look and feel.

There isn’t any concrete proof about the product right now, sadly. There’s no CPU, no name and no resolution at the moment. There should be a version with cellular connectivity, since previous Moto slates were instantly picked up by Verizon and sold with their network support in the mix. The productivity mode lets you pin apps to a nav bar, basically like you do on Windows.

You can also close an app via a long press on an icon in the navbar and then dragging it up. The experience feels a bit Chrome OS-like and we can’t help but think of Google’s Andromeda OS and the fact we haven’t heard of it for a while now. We also see a dedicated shortcut for an app drawer. That’s where all the info ends, sadly and sources say that the Productivity Mode may be inspired from a Lenovo Yoga Book feature.

I guess we’ll have to wait and see what comes out of this project.