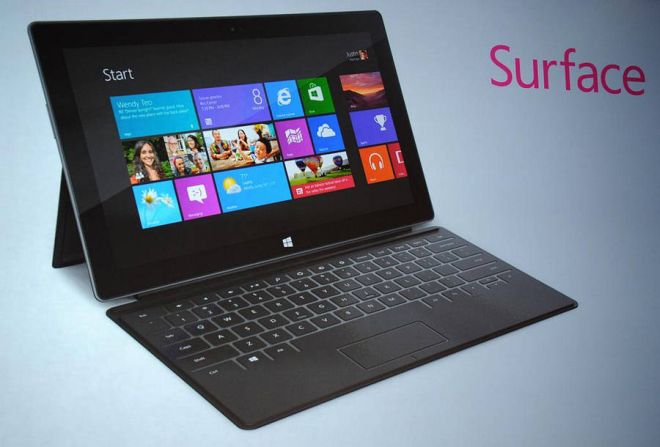 After releasing the Surface RT tablet on the market, Microsoft is preparing to further expand the line-up with the addition of a Surface variant running Windows 8 Pro in an advanced hardware configuration. The device will apparently be thicker and heavier then the initial version.

The Microsoft Surface Windows 8 Pro will hold the definite advantage of offering a full desktop experience along with the software to go with it. While the initial version provided advanced mobility features, including a rather poor choice of apps compared to other OS’s, it is not the case with the new tablet.

The Surface Pro compromises by a small margin the mobility features. According to Microsoft’s Panos Panay, manager of Microsoft’s Surface hardware, it will be  “arriving in the coming weeks.” Latest info states that the tablet is off the production line and will be on sale soon. The manufacturer expects to go beyond the 1 million sales mark reached with the Surface RT to more favorable grounds. Powered by a new gen Intel Core i5, the Windows 8 Pro device price will start at $899 for a 64GB version and $999 for the 128GB variant. It also features a high-quality 1080p-capable ClearType display.