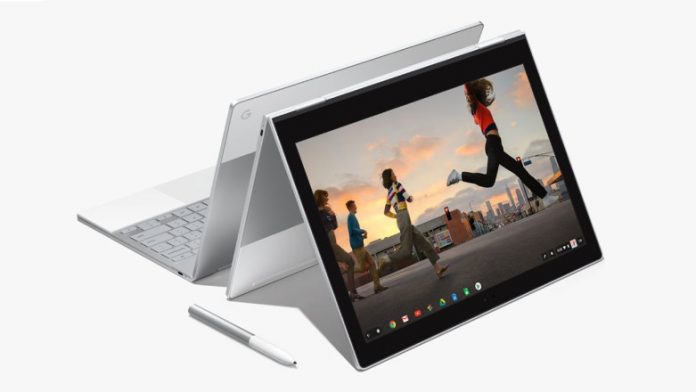 The Google Pixel 3 and Pixel 3 XL have managed to be kept under a heavy lid so far, without registering major leaks somehow. However they aren’t the only thing that Google is preparing for a Fall release. The Big G is also going to showcase a new Google PixelBook, with narrower bezels.

The Pixel 3 event will also include second gen Pixel Buds, according to leakster extraordinaire Evan Blass. His sources also tell him about a Pixel Watch and a second gen PixelBook with smaller bezels, supposed to be shipped before the year end. The PixelBook went on preorder right after it was announced in the first days of October. It had Core i5 models with 128 GB or 256 GB of storage shipping within weeks.

The Core i7 model was harder to come by, arriving in January this year. The PixelBook was recently gone from all major retailers, or discounted on those that kept it. It’s still priced at around $800 and it comes with the promise of “All day battery”, 8 GB or 16 GB of RAM and a fast charge system. The first model ran on Chrome OS and a 12.3 inch LCD display. It also brought dual speakers and 3 mics, while its CPUs were 7th gen Intel Core models.

The PixelBook 2 may go to a Core i 8th gen CPU and also a bigger screen, fitting in the same body, on account of the small bezels. Expect a versatile format, with keyboard and stylus also part of the experience. Perhaps a beefier battery wouldn’t hurt.