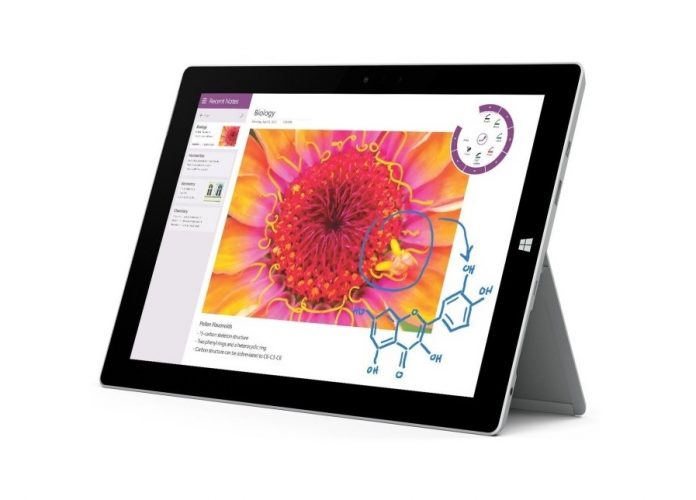 The rumors about a smaller Microsoft Surface tablet are back, this time with a device that has a lower price. Actually, the first gen Microsoft Surface tablet was smaller, with a 10.6 inch screen and $499 price, which is not bad. However, it went Pro pretty fast, with an $899 price tag. Bloomberg is now talking about a smaller and cheaper Surface.

The devices that we mentioned above were 2012 and 2013 material and Microsoft kept selling tablets since then, but somehow they’re closer to laptops than normal slates. We’ve also seen leaked small tablets from the Nokia Lumia series and even a cancelled 8 inch tablet or two. The problem is that a device of the sort means a compromise and Microsoft doesn’t want to dillute its brand like that.

The Bloomberg report states that the new 10 inch tablet will sell for $400. The price doesn’t cover a keyboard cover, which will be sold separately. A lower cost stylus and keyboard plus mouse are also in development. The new slates are expected to ship with Windows 10 Pro, obviously they’ll rely on Intel CPUs and graphics, although I would have expected Snapdragon for some reason.

Since it’s Intel, a lower power Celeron or Pentium Gemini Lake chip. USB Type-C ports for charging and data transfer are included. The designs will be updated with rounded corners. These devices will be 20% lighter than a Surface Pro, but the battery life will be less impressive. Considering that Apple pretty much abandoned the iPad Mini, even going to 10 inches sounds risky right now.