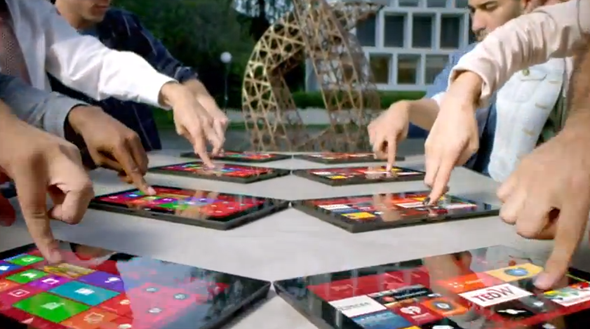 Microsoft is continuously churning out promotional material for the Surface RT tablet, that now includes the promo video below. They already had that cool computer generated animation clip in June and then there’s the recent clip showing youngsters and an old couple playing with the Surface Tablet. And now this detailed video, that’s a big long for an ad, but I suppose it’s a bit more than that.

I have to say that the Surface Tablet will start selling on Friday, October 26th with a price tag of $559, if we’re to believe the recent leak from Microsoft. The base model of Surface Tablet has 32 GB and the screen is bigger than the one of the iPad, the first rival that comes to mind. The signature accessory for the Surface tablet is the Touch Cover, that’s also used as a keyboard and it will cost an extra $139.99. If you want a superior model, you pay $789 for it and you get 64 GB of storage, plus the cover included.

Microsoft will be handling the sales of the device in its very own stores in the US and Canada and also online in nations like Australia, France, China, Germany, UK and Hong Kong. The Touch Cover, that’s very much talked about and shown in the promo videos has a printed keyboard on its surface by the keys won’t actually move when you push them. There’s also the option to get a regular keyboard, the Type Cover for $149.99 with keys that move. The first version of the Surface will come with a version of Office Suite, in its latest release.

Months will pass before the Windows 8 Pro Surface will appear and by that time I expect to get a decent idea of whether or not Win 8 is the future.