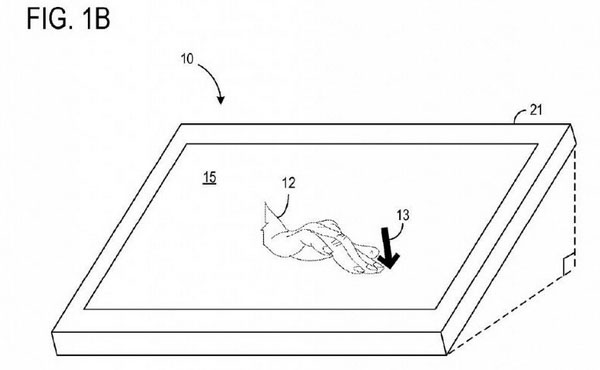 Microsoft Surface is the only manifestation that Microsoft’s tablet technologies have taken so far, in the hardware field. They do however, have some interesting patents, that may change the way many touchscreen devices work. As you know, screen toughness is a problem for many brands and solutions may come soon.

Microsoft has submitted for approval a patent related to devices that have enhanced displays, when it comes to durability. We can’t yet tell if the technology is already included in the Surface slate or it’s meant for future products. After all, who wants to drop his or her $1000 tablet in the mud and on concrete, right? The USPTO recently released a few Microsoft patents, one of them describing an enhanced display design.

The patent shows that the reinforcement process includes optical lamination of the screen, that’s resilient and separate to the electronic part of the screen and the touch layer. The thickness of the material shouldn’t be thicker than 1 mm, apparently. An elastic deformation surface is also included, to prevent breakage from the part of the display.

Microsoft Surface Duo Gets a $200 Price Cut, Now Sold for...