The US Patent and Trademark Office awarded a new patent to Microsoft, one that has to do with a tablet able to capture and record 3D audio, plus play it. The experience is supposed to be superior to a set of over the ear headphones.

The idea of the device is to capture acoustics in an improved way during concerts, delivering a 3D and probably surround-enabled experience. This device will be a foldable phone/tablet and it’s expected to have a “camera that captures one or more face characteristics for customizing the binaural audio stream for a user”. Wintel has been confirmed to be working on a new generation of foldables, so Microsoft’s patent makes perfect sense. 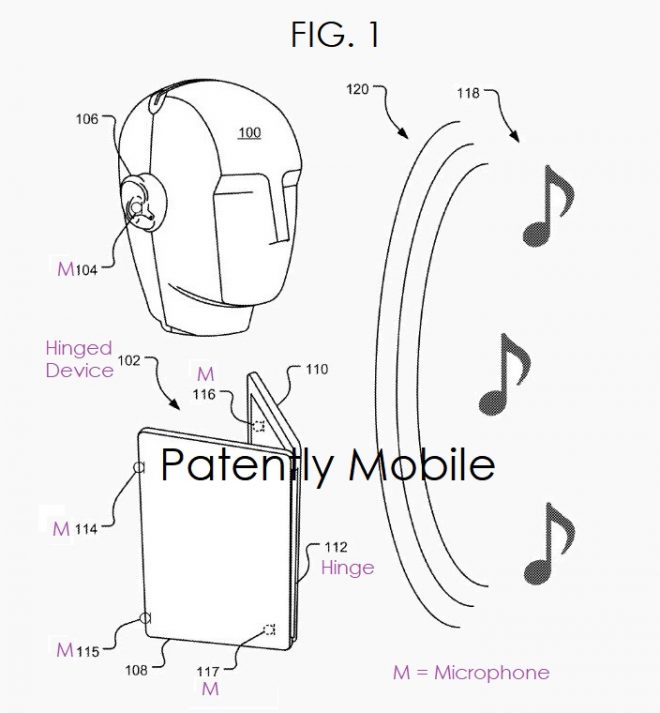 Microsoft’s documents mention that binaural recording is a way of recording sounds using two microphones in a spaced arrangement, with the aim to create a 3D stereo sound sensation for the listener. The idea is to approximate the experience of being in the room with the artists or the instruments during their recording. This concept is called “dummy head recording” and it involves a mannequin head with a microphone in each of the ears and placed in the room with the instruments and performers to try and imitate the human listener experience.

The hinged device fits previous patents, with two screens and the ability to fold down the middle like a magazine or the Courier. To me this sounds like a niche device, that wouldn’t have too many units. It also sounds like something that Nokia would have done using the OZO tech, but that’s no longer Microsoft’s biz. We could end up with a sort of musical instrument or orchestral machine, which is clearly a niche product.

Windows 9 Offered for Free to Windows 8 Users, According to...