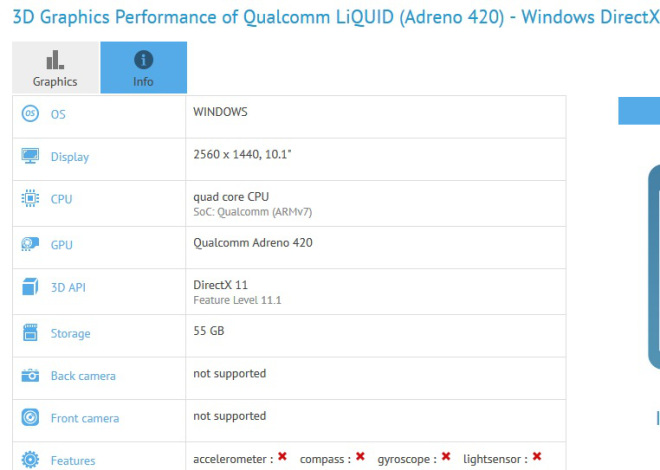 I have to admit that when the Lumia 2520 tablet with Windows RT came along, it seemed like a product dead on arrival, although the general opinion was that this model excelled in two areas: design and camera. Well, the device is about to get a successor, if this GFXBench leak is to be believed. 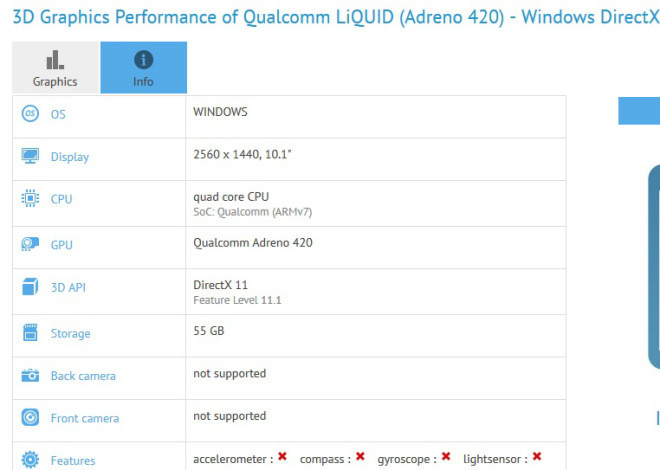 Apparently, there’s a tablet with a Snapdragon 805 CPU and a 2K display found in its database, sporting a 10.1 inch diagonal screen. This model has 64 GB of storage and strangely the listing doesn’t mention any camera. There were other sightings of the device, like the one in Zauba with a keypad in the mix. We could see this product launched with Windows 10, although since it’s an ARM device, things are a bit more complicated.

We remind you Microsoft announced that it won’t update Windows RT devices to Win 10. Also, Windows 10 for phones and tablet will only support ARM devices with screen diagonals of 8 inches or less. This means there’s only one way to get a working Lumia tablet and that is with full Windows 10 on board.