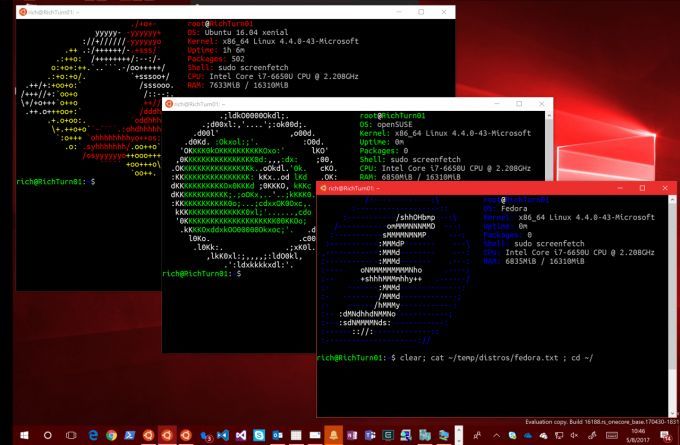 Wait, there’s such a thing as “Linux on Windows” and I’m only finding out about it now? Interestingly, it seems that there’s an option inside Windows 10, that lets you run Linux apps natively. The name is “Windows Subsystem for Linux (WSL)” and it’s been available in beta phase ever since Win 10 debuted. Well, come this fall it’ll exit the beta.

By the time Windows 10 Fall Creators Update comes, WSL will become fully functional and fully official. This is incredible news, for people like me, who always saw Windows and Linux as rival platforms. Microsoft also worked hard on this, by improving the WSL greatly over the past years. There’s no need to enable the developer mode anymore and aside from Ubutnu you can install Fedora, OpenSUSE or SUSE Enterprise Linux.

Users will be able to run Windows apps from a Bash terminal window or Linux apps from a Windows PowerShell window. On paper only command line apps are supported right now. The Windows Subsystem for Linux is destined for developers who want to work with Linux tools, but also be on Windows fast. Of course, tweaks and workarounds have existed for a long while, with loading the GUI of the OS within Windows for example.

Sandbox situation is another way to go. We should mention that no HUGE features are coming to WSL in the fall, but simply having it is a big step forward.