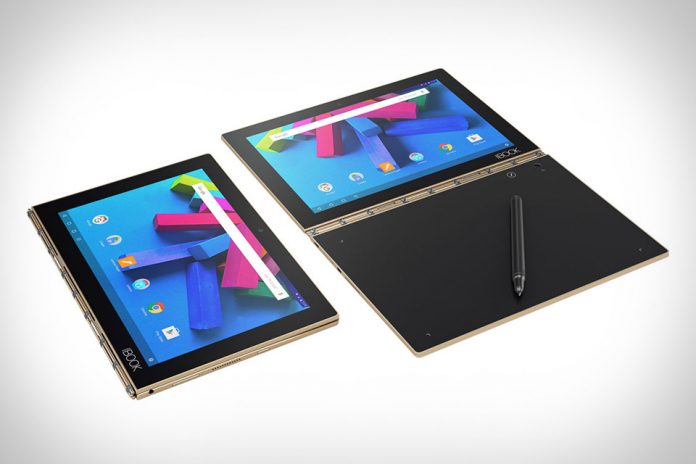 The Lenovo Yoga Book was probably the most “ahead of its time” tablets I’ve played with and it’s no wonder Lenovo is working on a successor. Actually, that successor should have been out by now, so the OG may have just been an experiment. However, a certain “Lenovo Yoga Book 2 Pro” has appeared online, getting certified by Bluetooth SIG apparently.

Launched back in 2016, the first Lenovo Yoga Book felt and looked like a laptop, a convertible rather, but had the unique attribute of offering a touch keyboard. It was also very slim and light, extremely elegant and its hinge mechanism was a joy to look at. It also relied on the “Create Pad” concept, basically offering a Wacom-style drawing and input area. 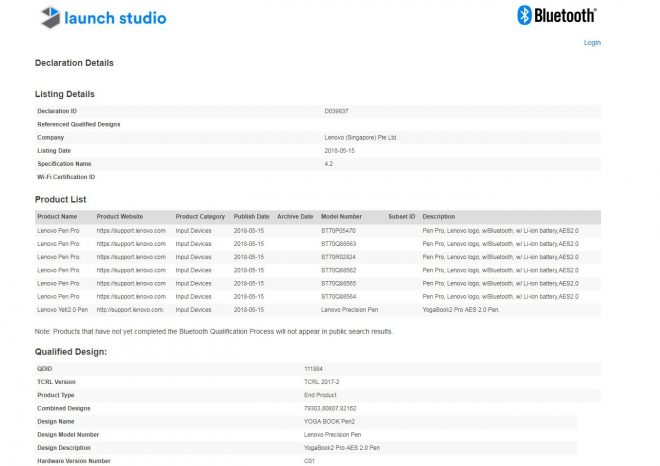 It was available with your choice of Windows or Android and the prices weren’t bad, starting at $499. In 2017 we saw a cheaper version of it and now it’s time for a Pro model, it seems. Sadly, the Yoga Book was like a smart movie, loved by critics (reviews), but not loved by the public. The new listing on the Bluetooth SIG website refers to a Lenovo Precision Pen, that’s meant to work with a yet unannounced device, dubbed Lenovo YogaBook 2 Pro.

It’s hard to envision upgrades here, aside from the obvious RAM, storage and CPU. It’s clear that we can’t get an Intel Atom anymore and maybe there’s room for a Snapdragon this time around. Seeing how even Apple is rumored to be working on a touch keyboard laptop and ASUS too, there’s still a market for a new Yoga Book.