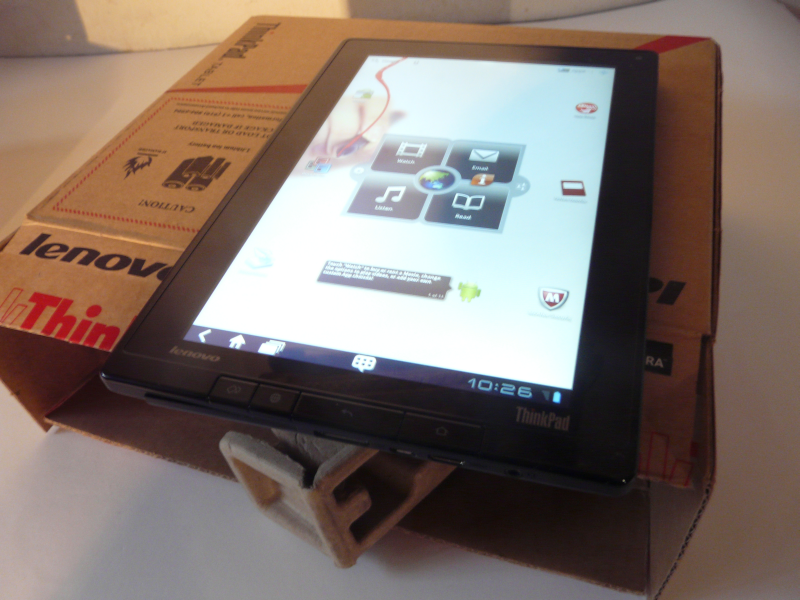 A couple of months ago we showed you a hands on experience with some Lenovo tablets during the Lenovo Do Tour expo in Romania and now we’re back to review these slates. The first one is the Lenovo ThinkPad tablet, that gets unboxed in the following video, after the break. 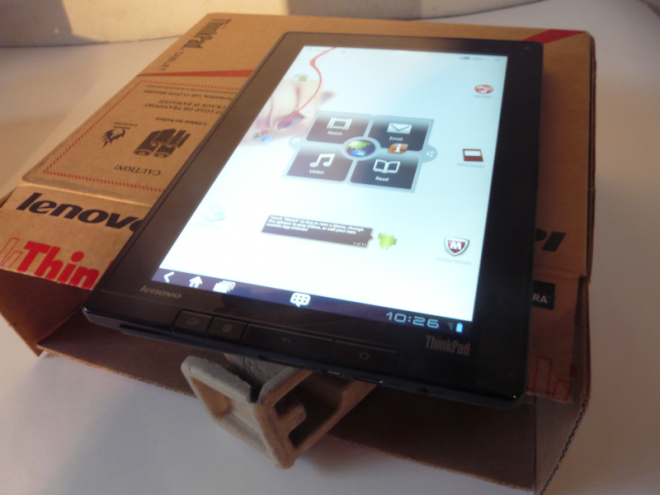 Considering this is a business tablet, the cardboard packaging is a letdown, especially since he materials feel like those used to wrap eggs or other foods. Inside the huge box you find the tablet with some carton stoppers that automatically push the ON/Off button by mistake, plus a bunch of manuals, the charger, the charger adapter, the microUSB cable, the stylus and its battery.

The Lenovo ThinkPad tablet is bundled with a capacitive stylus, that’s actually needed more than you’d imagine, since the interaction between the finger and display seems to be somewhat flawed. From what I can see one of the best points of this device is the Honeycomb customization that’s been done here, but more about that in the full review coming in a couple of days.

Overmax Tablet Solution 7+ Goes on Sale in September in Poland