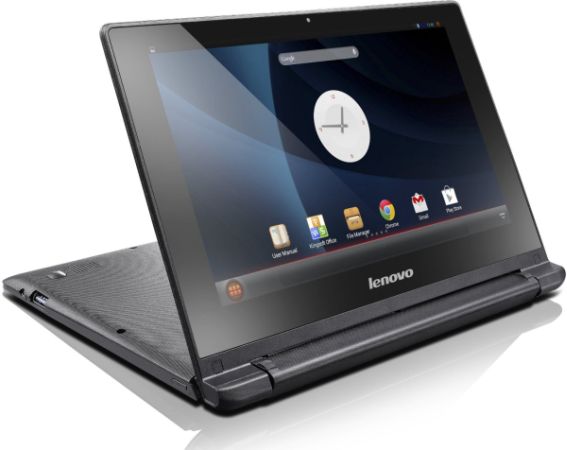 Lenovo is a bigshot among PC makers, everyone knows that, so it’s fascinating that they don’t have a stronger tablet presence. While they’re working on that, they’re also expanding their reach within the Android segment, with a laptop that relies on this operating system.

The device is the Lenovo A10, that has officially debuted after some leaks and speculations. Initially rumored as a hybrid of sorts and maybe even a tablet, the product is now totally known as a laptop. Lenovo A10 comes with a 10.1 inch 1366 x 768 display, that can be rotated 300 degrees, as shown below.

Lenovo calls this the Stand Mode and you should know that the specs here include a 0.3 megapixel webcam, a couple of stereo speakers and the screen supports 10 point multitouch. The hinge is designed to keep the display stable while being touch and inside the device we find a quad core Cortex A9 RK3188 processor clocked at 1.6 GHz.

There’s Android 4.2 as the OS here and the whole thing weighs less than 1 kilogram, so it’s highly portable.