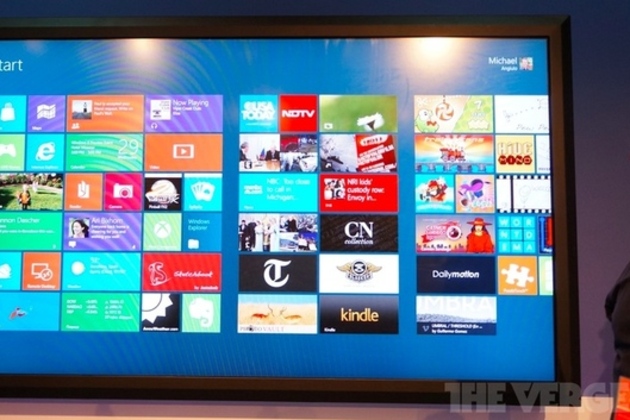 Back at Mobile World Congress 2012 there was an 82 inch Windows 8 device, a behemoth of a contraption, that nobody thought it was actually for consumer use. Well, there’s at least one consumer with such a toy: Steve Ballmer, Microsoft’s CEO.

Microsoft’s Frank Shaw spoke to Wired UK and mentioned this device to them, saying that Steve has an 80 inch Windows 8 tablet in his office, hung on the wall. Apparently, the MS main man got rid of note papers and his phone and only relies on that huge thing. Apparently, Microsoft even wants to bring this to the market. For now, Ballmer uses the thing as a whiteboard and email sending device. One may think it’s just another version of MS Surface, but apparently there’s more to its experience.

There’s one important thing to note here: MS won’t sell the 80 inch Windows 8 displays by itself, but rather rely on vendors who have a wide range of use and machines to incorporate Windows 8 and the huge screens into. Still, 80 inches of fun make for some high quality viewing of movies or Call of Duty so Steve Ballmer must be having a ball in his office.