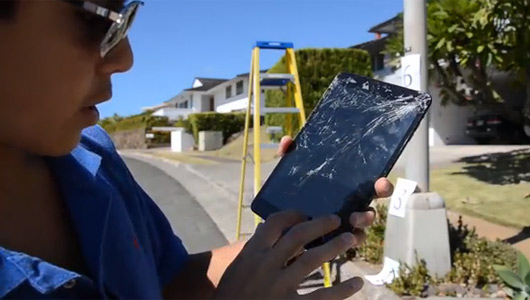 Apple’s iPad Mini is topping a list of the world’s most breakable gadgets these days, after a series of thorough tests. Those were done by a group of testers from the insurance firm SquareTrade Europe.

They simply dropped gadgets, including smartphones and tablets from a great height and sunk them in water. The iPad Mini placed first on the list, as the most breakable object, followed by the Samsung Galaxy S4. The iPad Air was third and then came some iPhones. The top 10 was made exclusively of Samsung and Apple products, with the exception of Nexus slates and Moto X.

Keep in mind that at least in USA, Apple fixes a broken screen on your iPad, so you’re covered in that area. By the way the Nexus 7 2012 placed 6th and the Nexus 7 2013 9th in the same top 10, so they’re less breakable than the iPad Mini, which was expected, since they’re more plastic and less metal and glass.