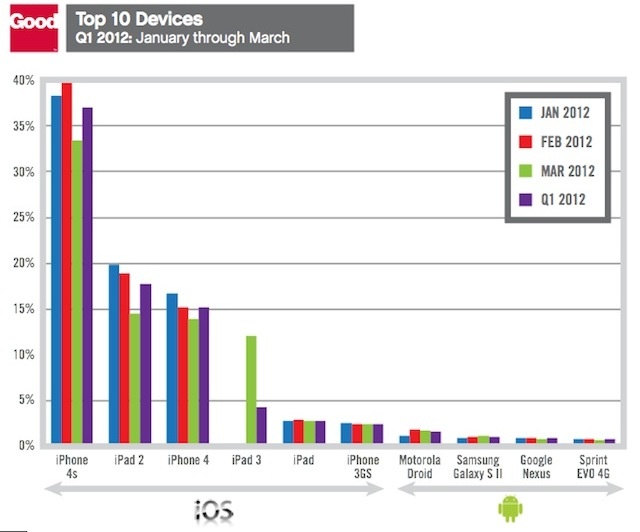 The figures supplied by Good show that the iPad and iPhone are very appreciated in the business segment. Good is a management and security vendor, that released its quarterly device activations report, covering the January – March time frame. The iPhone 4S was the most commonly activated mobile device in that quarter, followed by the iPad 2.

The iPads were the big winners of this period and in case you’re wondering, the data supplied here covers both business-owned machines and employee personal devices. The iPhone 4S stands for 37% of all activations, followed by the iPad 2 with 17.7% and we’re not even counting iPad 3 units, since they only debuted a month and a half ago. The iPad as a while took 97.3% of ALL business tablet activations, a very impressive feat for this product. Gather all the iOS units together and you’ve got 79.9% of the whole market activations, a small increase of the previous quarter.

Android phones only reached 28% in comparison, while the Android tablets were a very measly 2.7% of all devices. iOS is now a popular choice for businesses, at least till Windows 8 comes along and changes that, or so wants Microsoft, at least… HP TouchPad started with the same intention and ended up poorly. 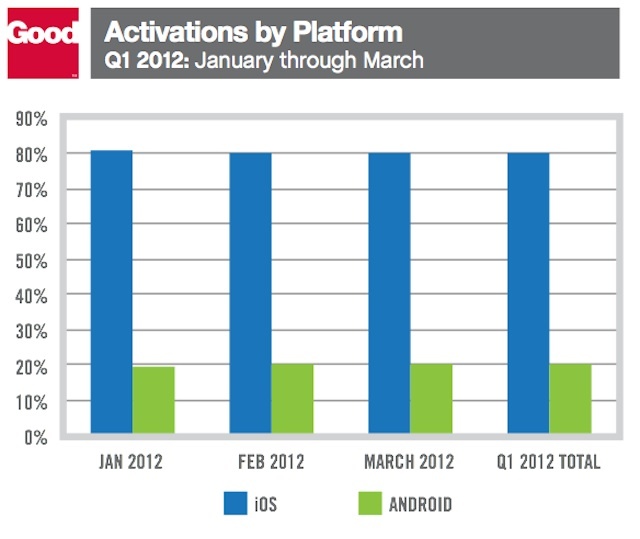 5 New iPads Certified by European Agency, Some May Come This...