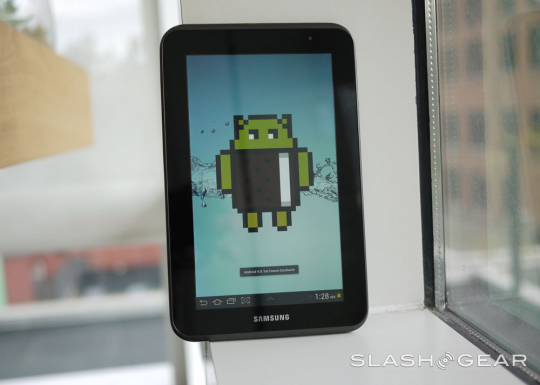 Samsung has just posted a comparison graph with arguments why their Galaxy Tab 2 model is the best budget tablet there is. At some point they were comparing the Galaxy Note 10.1 to the new iPad and now the 7 inch Galaxy Tab 2 is the one compared to more budget slates out there.

This product costs $249 and it’s compared to the Amazon Kindle Fire and Nook Tablet, both $50 cheaper. All of the three slates have 1GHz dual core processor, 7 inch displays, but only the Galaxy Tab 2 has Android 4.0 ICS. It also comes with 1GB of RAM, just like the Nook Tablet in the version with more storage, while the Kindle Fire only has 512MB. All of them offer 8GB of storage, except the Nook model that offers 16GB in the pricier version. The Tab 2 is also thinner and lighter than the other models, it provides Google Play access and allows you to add extra storage via microSD card slot, unlike the Kindle Fire.

Bonus, you even have a camera on the Galaxy Tab 2, unlike the Nook Tablet and Amazon’s slate. Anyway you probably know all of this and I can’t say that Samsung isn’t right, but there’s a segment of the public that doesn’t want their crappy tablet cameras and crappy TouchWiz UI and also they are not fond of Android 4.0 ICS that much…  Some people may be avid Amazon and B & N users, so their products suit them. 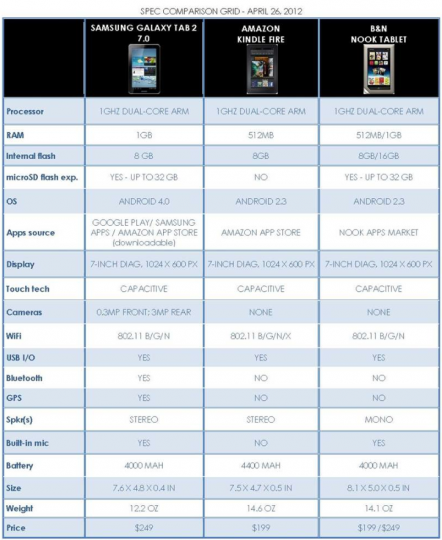 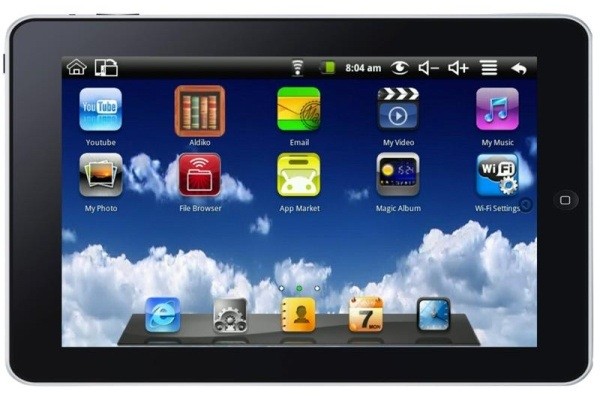