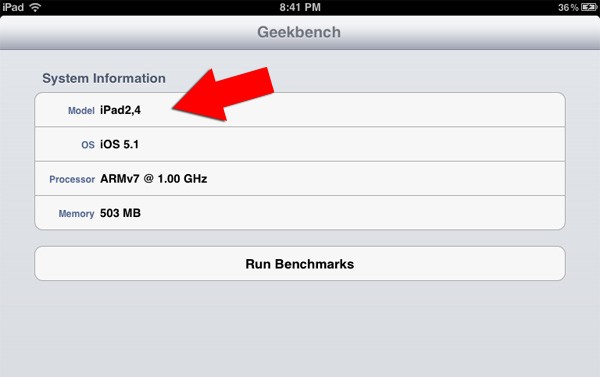 In case you didn’t know, the iPad 2 is now not only cheaper, at $399, but also offers better battery life, but only if you get that special version we mention below.

I’m talking about iPad 2.4, running IOS 5.1 and relying on an ARMv7 1 GHz processor and 503 MB of memory. It appears that not all iPad 2 units have gone through this change, so if you get your hands on an iPad that was made sooner, there’s a big chance it will have the new 32nm processor, that’s smaller and more efficient than the other versions of CPUs on the previous iPad 2s.

The previous units had 45 nm chips and an older transistor design. AnandTech is claiming that the new CPU brings an overall 16% increase in battery life during web brosing and an incredible 30% increase when playing games. That’s a must have, especially for the price mentioned above and some of you may even consider yourselves luckier than the iPad 3 owners if you have this product.