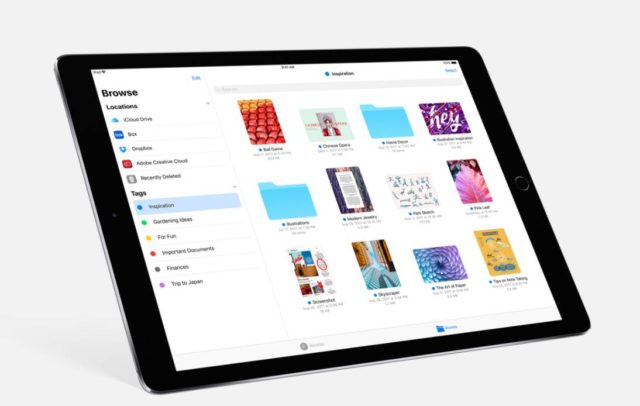 We’re rubbing our paws since there’s a lot of software goodies coming over the next weeks. There’s Microsoft BUILD 2018, Google I/O 2018 and WWDC 2018 next month. While iOS 12 is the platform to look out for from Apple, people are already dropping hints about iOS 13.

A Bloomberg source claims that iOS 13 is expected to come with iPad-focused functionality, including a home screen redesign. We’ve just received a redesign last year, with iOS 11, so it’s kind of early for that. Right now the iPad home screen feels and looks like the a bigger iPhone homescreen, but some people feel that the space could be utilized better. An updated Files app is also part of the picture and even some macOS-style features, like tabs within apps.

A Springboard revamp is also in the cards for 2019. iOS 13 “Yukon” will also bring extra Apple Pencil features and more multitasking and side by side apps. The rumors about cross platform apps are growing strong and I’m talking about cross platform action between iOS and macOS in 2019. With iPads getting stronger over the next year, it’s not out of the question to see more macOS-style features.

Extra keyboard action may also be in the mix, plus an improved Notes app.