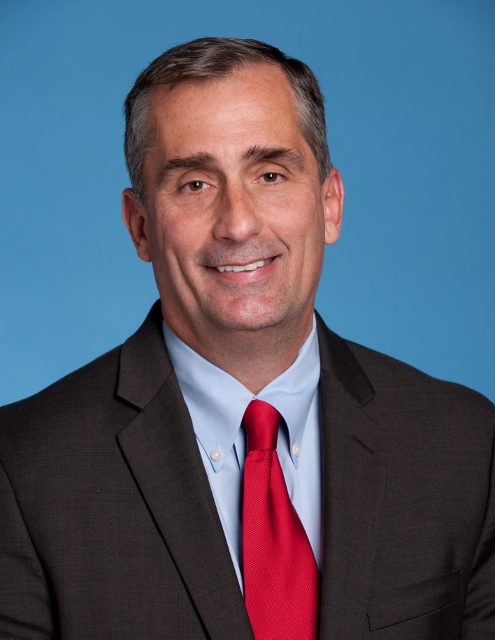 Intel announced its revenues for 2014 this week, with another set of record figures to take pride in. The company has quickly adapted to the post PC era and it’s thriving, while also ruling the desktop and notebook areas with its chips.

They reached revenues of $55.9 billion for the whole of 2014, with a net profit of $11.7 billion and a $2.31 profit per share. The company generated around $20.4 billion in cash from its operations and paid dividends of $4.4 billion. It also bought back 332 million shares, with $10.8 billion. Fourth quarter was particularly strong, as Intel reported income of $14.7 billion and operational revenue of $4.5 billion.

Brian Krzanich (pictured), Intel CEO claims he’s happy with 2014 and Q4 of the past year, having achieved all the major objectives, such as the increase of the PC business, data center division and leaving a mark in the tablet area. The Mobile and Communications Group registered $202 million revenue, a drop of 85% from 2013, so not everything is peachy. The Internet of Things segment brought a $2.1 billion revenue, a 19% bump from 2014.