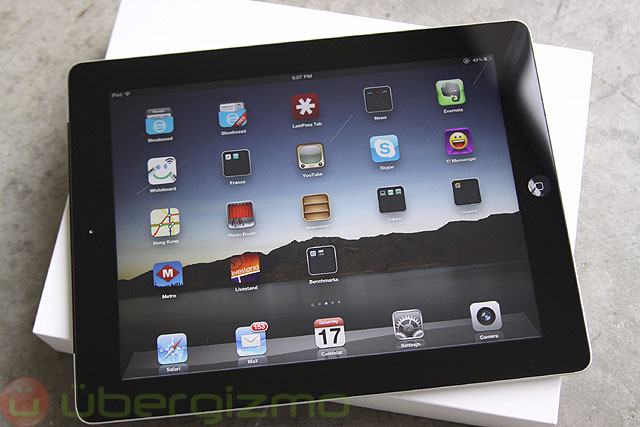 Intel want to hit the mobile market big time this year, by launching into the smartphone and tablet game. They’ll provide the Medfield processor to partners like Motorola, Lenovo and others and in the meantime their strategy also includes predicting a reduction of the iPad market share with their aid.

Intel and Microsoft want to take the iPad’s market share to less than 50% by mid 2013, according to a recent statement. They shouldn’t be far, since last I heard the share was down to 70% and once the flood gates of Windows 8 tablets are open and new Android models like the PadFone and maybe a Galaxy Tab or two start selling, the iPad will become less popular. We also expect the likes of Dell and Toshiba to launch Win 8 slates, while Samsung should be planning at least one or two quad core tablets to launch this year.

Microsoft and Intel mentioned in the same phrase makes me think of bulky devices with poor battery life, but maybe that’s just me… The key here is to deliver a powerful CPU that’s not power hungry, handles Win 8 great and it’s easy to integrate into a device that actually looks hot.

Intel Foldable Phone Gets Patented and Rendered, Feels Like a Surface...