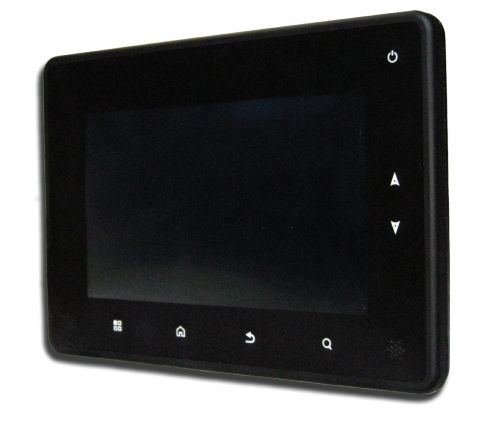 Nowadays it’s crucial to have a very good and visible screen on a mobile device, be it tablet or smartphone. Having played with the Samsung Galaxy S III myself, I can say that the fact it doesn’t handle direct sunlight well sucks. Well, at least the tablet detailed below has no problem with sunlight! Meet the rugged InHand Hydra-T3:

The Hydra-T3 from InHand is a 7 incher slate with a 1 GHz ARM Cortex A8 processor, Android 2.3 Gingerbread and also supporting Ubuntu 10.10 and Windows Embedded Compact 6. The main thing to notice here is the Pixel Qi LCD display, that can be easily viewed in direct sunlight without issues. Know that this product is aimed at military people, medical units and industrial use, so not for the average consumer. It will also be pretty pricey, on account of the technologies used on it.

There’s no price listed on the company website, but instead just a form to fill out. Pixel Qi is known for its ability to created sunlight visible displays and when used with a backlight such a screen looks like any other color LCD. However, when you turn off the backlight, the display uses 80% less power and can be viewed solely using ambient light. The problem is that it will look like a black and white screen in this status. The Hydra T3 model supports a 1024 x 600 pixel resolution, it’s available with up to 1 GB of RAM, and up to 16GB of flash storage.