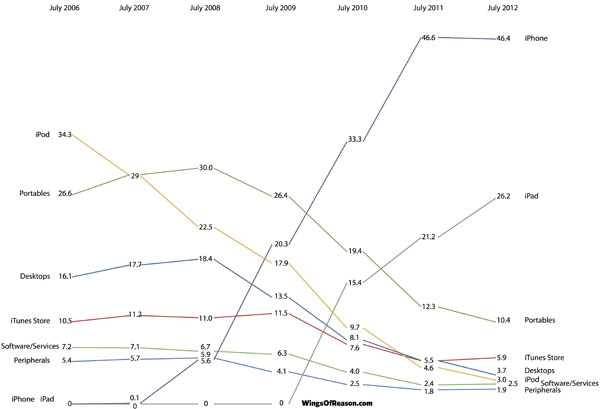 The Apple Q3 earnings were detailed recently and with them came information about the evolution of products such as the iPad and iPhone. The numerics shown an 84% increase in iPad sales since 2011 and a 28% increase for the iPhone. Stuart Carlton created a graph of this situation and you can see it after the break if you’re curios, including sales data for you.

This serves as a comparison method for Apple’s Q3 sales data over the past years. As you can see, the iPhone is the product that jumped the  most, followed by the iPad, while the portables have dropped a bit. Apple has also increased hugely the ratio of profits gained from devices versus those gained from non devices, that seems quite logical, since the former category brings in more cash and frankly more novelty.

The iPad may have been a big pusher over the past quarter, especially with the new iPad out in more countries, but the iPhone remains a very big cash cow. The launch of the iPad Mini will probably make the iPad even more important as a segment for Apple and solidify their domination on the tablet market. However, till this product is announced, if ever, the Nexus 7 looks like Pacman ready to chomp some iPad sales. 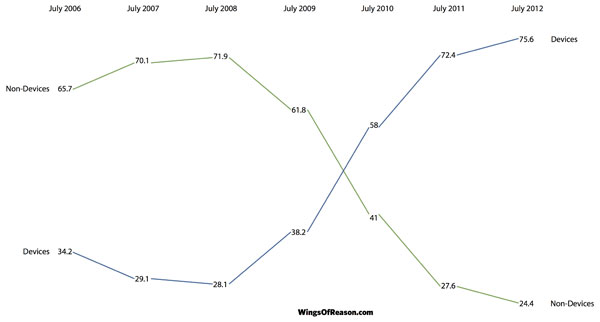 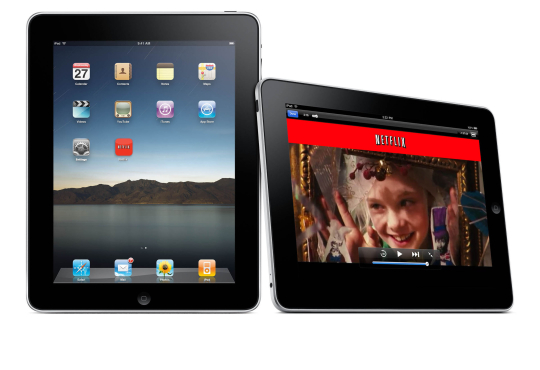