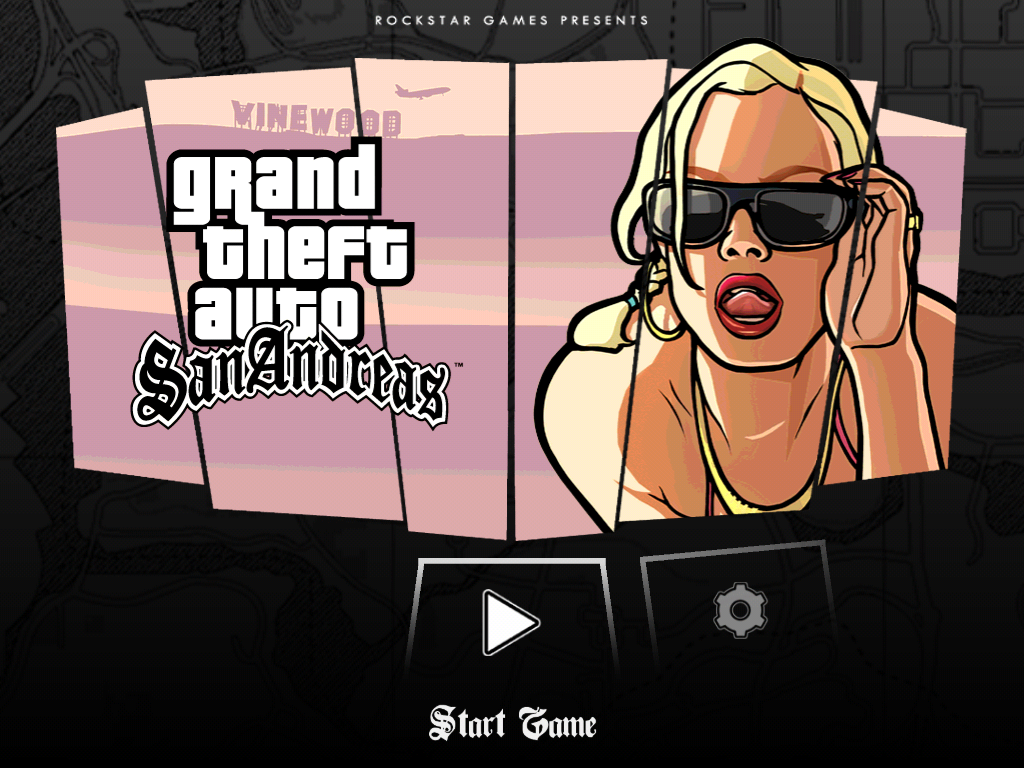 GTA San Andreas came out this month, just last week and we already played it quite a bit on the iPad Mini. This is a remake of the 2004 title, with revamped graphics and some other improvements, but that doesn’t mean it gets rid of some of the classic bugs related to textures. The title goes for $7 and it has also arrived on Android this week. 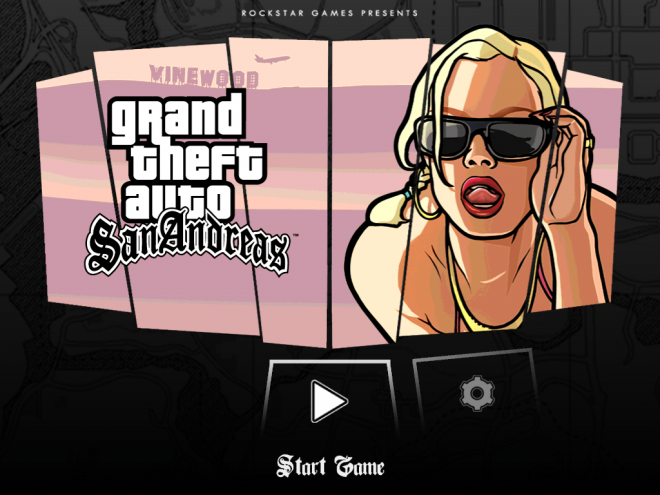 It runs perfectly on the iPad Mini, although I’ve faced the occasional exit from the app for no reason. The graphics have been reworked and the reflections and character models are well design, as is the city you’re going to explore. The map available here in this open world is huge and it includes Los Angeles, San Francisco and Las Vegas, under their “codenames”.

Rockstar did a fine job here and also refined the touch controls a lot compared to GTA III for example. Car driving is certainly improved, although my driving hasn’t, as you can see in the video review. You play as Carl Johnson, aka CJ, who returns to his old neighborhood and hooks up with some homies, climbing up the ladder of crime. 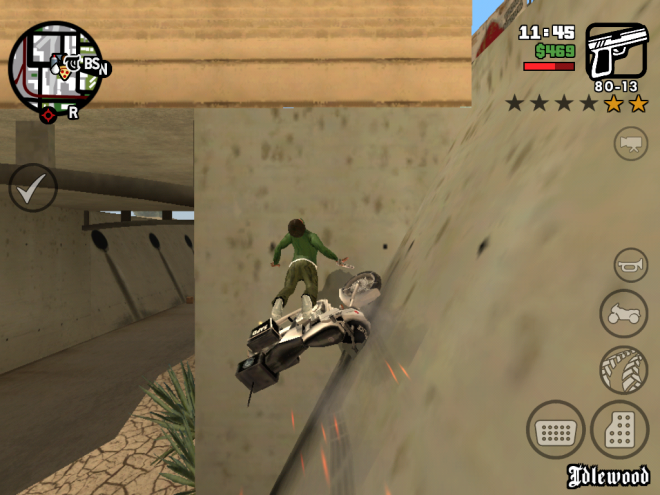 You’ll start off by driving thugs to a drive by, then bulk up at the gym and get tougher missions. You’ll have to deliver packages, assassinate gangsters and usually stay away from the police. You’ll occasionally need to go to a pizza place or burger place for a bite to replenish your health, but be careful, as you can really get fat in this game and run slower.

The carjacking part of the game is still present, as always and those nice tunes blasting from the radio are also here. The dialog and atmosphere are great and graphics look nice even on the iPad Mini. The game takes up approximately 2 GB of storage and you’ll be driving everything from a small bike  to a motorcycle or luxurious supercars.