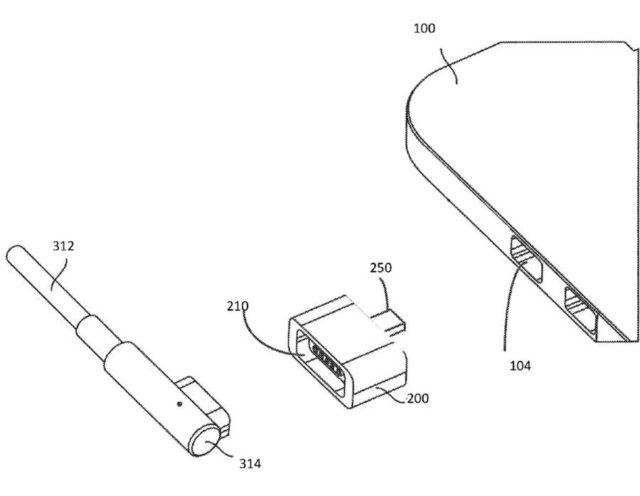 Apple’s MagSafe connector for laptops was very much praised when it came out and now it seems to be making a comeback, judging by a few recent patents. It has the advantage of a magnetic connection and it’s very easy to connect and disconnect.

The whole idea was to prevent laptops from being crashed onto the ground if you tripped the wire. Sadly, Apple canned this format once the new MacBook Pros came out. However, there’s a recently discovered patent that claims Apple is bringing the connector back, of course in a new and improved fashion. It’ll come as an external accessory for a laptop, that may serve as sort of an adapter.

The sketch from the documents seems to show an older charging cable, so we can’t say it’s 100% legit. In the end we could be getting an adapter that lets you use old MagSafe charging cables with newer MacBooks. There’s slim hope of that since Apple was never the kind of company to let people use old accessories with new products. Well, that was old Apple at least, since new Apple gives you an USB Type C to audio jack adapter for the iPhone 7, so there’s a bit of hope there.

We take this with a grain of salt, as we do with all patents.