I for one don´t believe in benchmarks and think that the user is the only one who can declare himself satisfied or not with the performance of the handset. Still, when I look at the scores the Tagra 4 chip from Nvidia got, I can´t help wondering what did they manage to fit in there to make it so fast.

Nvidia´s Tegra 4 chip was announced at the end of last year and according to the manufacturer it ascertained performance way above anything else on the market. Showing results from a Tegra 4 device on stage, the chip managed to out-run even Apple´s newest iPad 4th gen, in terms of graphics and processing power. With the beginning of the so long expected MWC 2013, we get a chance to analise in detail some of the first benchmark results obtained by a Tegra 4 chip, running on a tablet device. 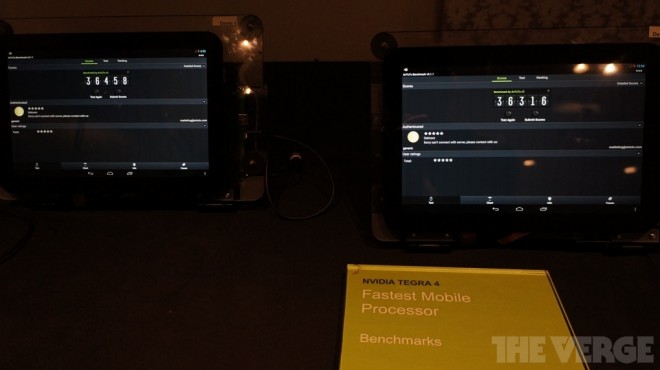 How fast is the Tegra 4 compared to the competition. Well, at the moment there is no competition, though we haven´t seen the likes of Qualcomm´s Snapdragon 800 put to work. Till that happens the Tegra 4 will rule as the fastest chip you can get. Then we have the Snapdragon 600 in the HTC One that comes close, though not close enough. The  quad-core Cortex-A15 processor with a 72-core GPU managed to score over 36,000 points in AnTuTu, 16,000 in Quadrant 2.0 and GLBenchmark’s Egypt offscreen test at 1080p averaged 57 frames per second. See for yourselves, courtesy of The Verge. 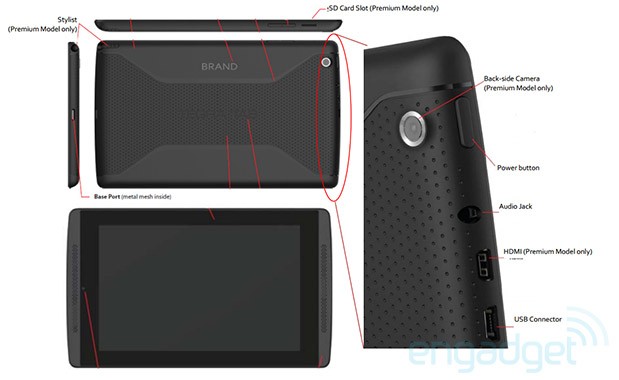