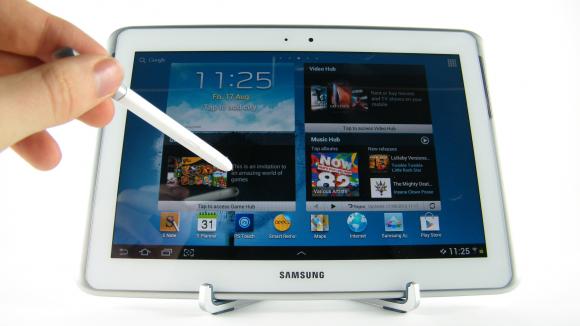 The whole big screen tablet segment is a gamble and often we wonder why a company would make a 20 inch 4K tablet. Now we start wondering if there’s actually room on the market for 12 inchers… Digitimes Research seems to believe that Samsung’s 12.2 inch enterprise slates won’t succeed.

Samsung had a blow out early this year, with a bunch of new tablets launched, including some 12.2 inchers. They feature the controversial Magazine UX, a very good resolution, but no trace of AMOLED, that was saved for another model. The thing is that these products have a weak price to performance ratio compared to notebooks of similar prices.

While Samsung intends to market the Galaxy Note Pro 12.2 as an enterprise device, it may actually be less useful for productivity-related tasks. You’re better off with a notebook, that’s for sure. Even a Chromebook sounds like a good idea, compared to the TabPRO 12.2 with a $649 pricing for example. Will these 12 inchers actually sell more than 2 or 3 million units?