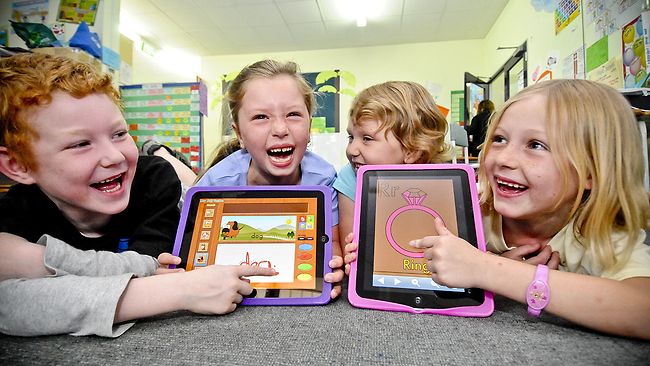 Apple has started an iPad-based educational program, that brings their slates to kids all across the USA. For example one class from Yuma, Arizon has received 31 iPads, one for each student. Originally, their teacher, Blanca Rivera wasn’t happy with this, thinking the iPad was just for games, but then things changed.

Now after 8 months, students are using the slates to create presentations, produce videos and create digital books about fractions. That’s only one example of a school among the 114 institutions getting Apple’s program, in tandem with the Obama administration initiative. 8 schools in Yuma have benefited from this program, providing each student with an iPad and also teachers with MacBooks and iPads.

Classrooms get Apple TVs and in some areas, Apple even helped build WiFi networks. $100 million had previously been committed nationwide for an educational effort back in 2014 and especially appointed employees had to spend 17 days a year at each school, training teachers and helping prepare lessons. Teachers are worried that once the program is up, they’ll lose the tablets and won’t afford to buy new ones.

Apple’s SVP, Eddy Cue is sure that if the technology is effective, the funding will be easily found later on.