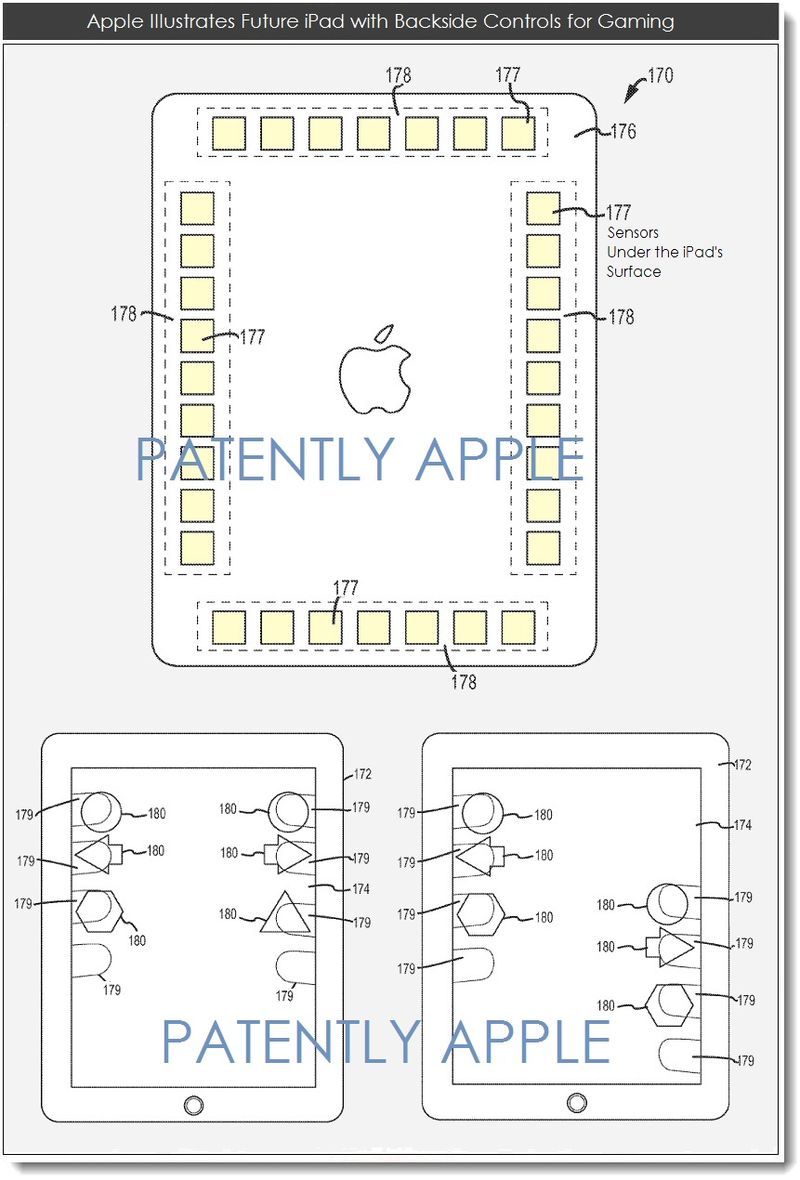 It’s no secret that the iPads are beating consoles as the favourite gaming platforms for children and adults. Apple may just want to expand this segment, as shown by a new patent, that focuses on backside iPad gaming controls.

It’s not only Apple that’s looking into that, since last month Microsoft was said to be considering a splittable Xbox controller for Surface tablets. The Cupertino company is however thinking of backside controls for its slate, a concept that has been seen even on portable consoles like the PS Vita for example. The USPTO has already awarded the required patent to Apple and we’re one step closer to console-style experience on Apple gadgets. 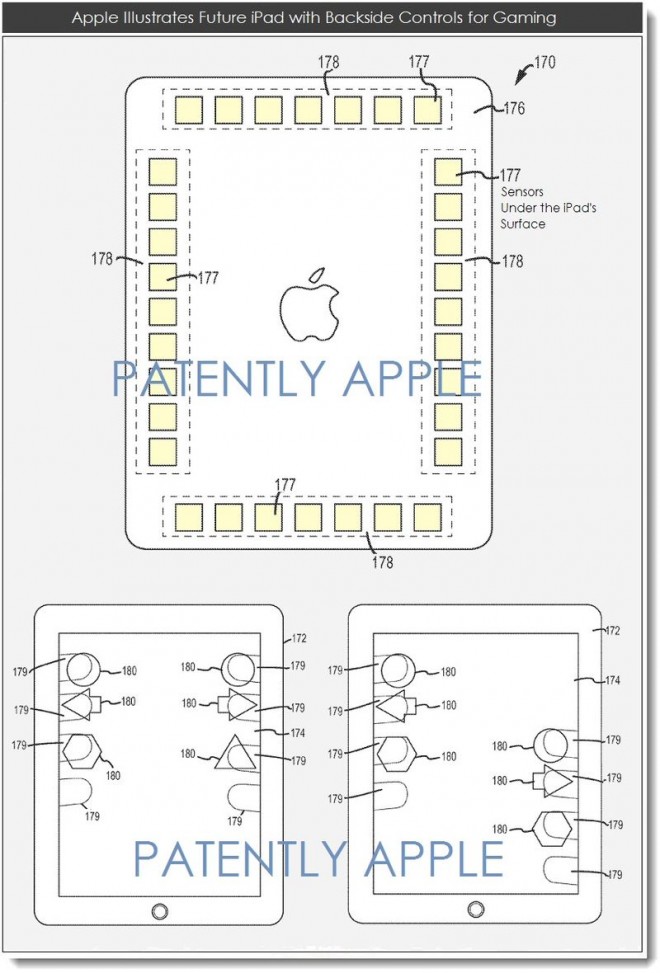 BioShock is coming to the iPad and may just use the new technology, in case the new iPads get it. The technology behind this idea will basically detect the user’s fingers position on the back side of the iPad and turn their touches into actions. This means we’ll get sensors on the back of the iPad and new gestures and methods of control. Ultrasonic, pressure, capacitive sensors and other such methods are all taken into account.

Won’t we be more prone to drop the devices if we’re fiddling with fingers on their backs?

Apple iPad, Now Responsible for 1% of all Web Browsing