Today was the debut day for WWDC 2015, that brought us iOS 9, with a few cool features for the iPad. As speculated and rumored, the Apple slate finally received a multitasking picture and split screen option. There’s even a picture in picture style option in the mix.

Multitasking would allow users to view and interact with two apps at the same time, in multiple fashions. There’s the Split View, that will arrive on the iPad Air 2 and allow the user to open two apps at the same time and interact with them without limitations. Older generation iPads and the iPad Mini models will get the lighter multitasking, which is the “Slide Over”, that allows users to slide in over the main app a second smaller window. 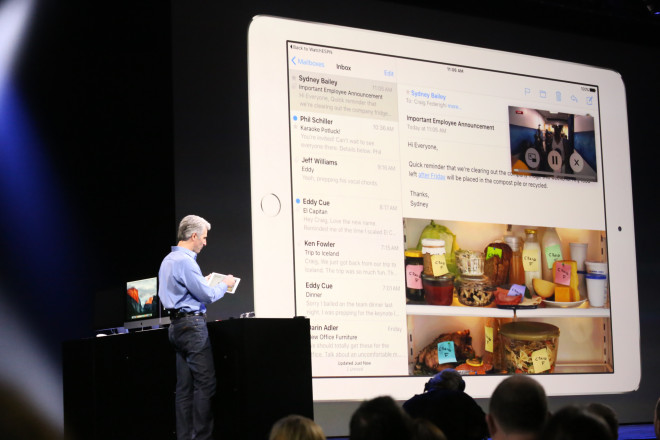 That will be available on the side of the screen, as demoed for Twitter and iMessage. Slide Over isn’t truly multitasking, since one of the apps plays second fiddle at all times. iOS 9 also brings a picture in picture option that lets you watch video while doing something else. The vid is available as a small floating window, that can be resize, or even thrown out of view, in case you just want to hear the feed.

Demoes were done at WWDC with Maps, Notes, ESPN, email and Apple’s Craig Federighi also mentioned that the splitscreen feature gets a similar function in the just announced OS X El Capitan. 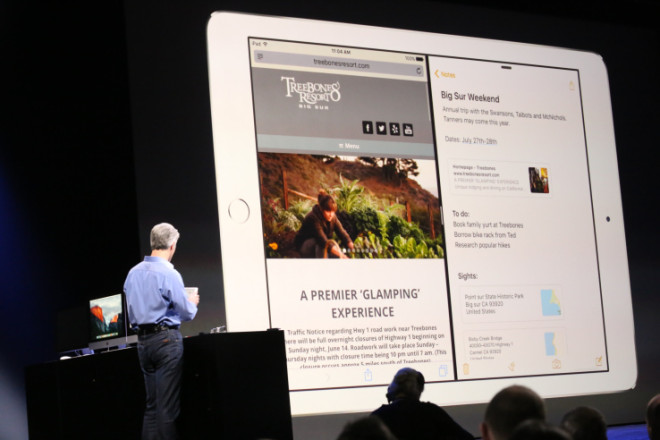