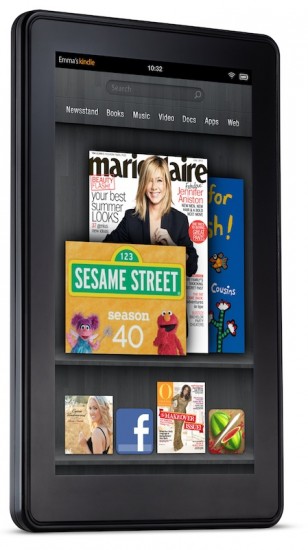 Amazon Kindle Fire is turning out to be a big success and possibly the best selling Android tablet to date and its sales performance will continue to impress over the next quarter, according to specialists. The experts are saying that the Kindle Fire could move 5 million units over Q4 2011.

The 7 inch Android tablet has been praised for its innovative way of integrating all the major Amazon services in a way that makes the Google OS seem new and its incredible price of a mere $200. Others regret the lack of a camera and the lack of 3G support on the slate, but there are many successful ASUS models out there without 3G as well, so no problem here.

Analyst reports from Ashok Kumar are the ones with the big shipping figures, with the 5 million units being almost half of the 12 million devices shipped by Apple in a quarter. Of course, these are mere predictions, that could be affected by the supply chain and its ability to take orders and deliver them. HTC, Lenovo, Barnes and Noble and Huawei will also offer or are already offering similar devices in terms of price and quality, so there’s a big market to capitalize on.