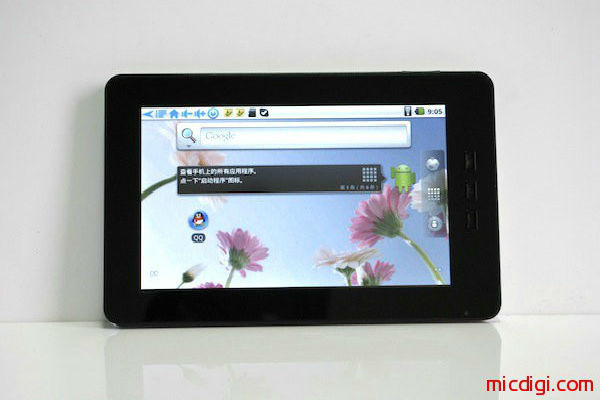 There’s a fresh tablet coming from China, the Baili M718 model that relies on a Samsung processor of the PV 210 kind with a Cortex A8 core. This is a 7 inch slate with a capacitive display, available in two units, one with touch buttons and the other with physical ones.

Both models come with black and white casings plus the same specs, that include a Power VR SGX540 GPU, Android 2.2, HDMI, 4GB of internal memory and 512MB of RAM. The price of the slates is unknown, but what’s really nice here is that the GPU can provide pretty decent gaming and support for HD video playback.

I guess that these models will be priced around $200… actually on the upper side of that amount. How much time will pass till companies like HTC or Motorola launch such devices with such prices?