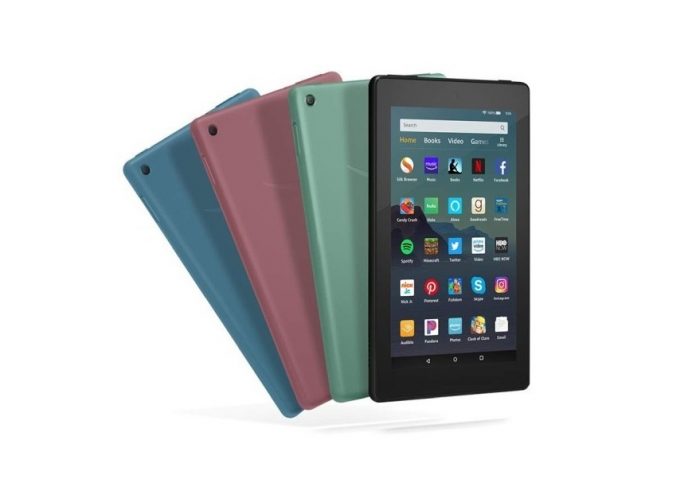 One of the things that may discourage people from buying an Amazon tablet is the custom interface. People may want a stock Android experience, or the ability to install apps. The entry level Amazon Fire Tablet 7 (2019) was updated recently with a new CPU and with twice as much storage. It can be rooted, unlocked and we have details about it below.

The device starts at $50, or even less during one of the Amazon sales. People have already figured out how to root the device, unlock the bootloader and downgrade the OS if need be. You can even install the Google Play Store on the machine. Folks who want to run YouTube, Gmail and Google Maps will need to install Google Play. XDA Developers member Michajin confirmed that you can install Play Store on the Fire tablets with the procedure as the one used for the past 3 years.

You need to go into the tablet settings, enable installation of apps from unknown sources and then download and install the needed apps. XDA Developers has all the links you need.

Another hacker called zyx’ from XDA also knows how to root the Fire 7 (2019) tablet. There’s a hardware hack, which is more complicated and involves a short circuit attained by opening the tablet. However, there’s also a software only method. Any one of them will wipe all data from the device, so a backup is recommended. If you do all of these you end up with a regular Android tablet, with an unlocked bootloader and a custom recovery, that lets you flash boot images like Magisk for example.

People are also tinkering with ways to block OTA updates and block lockscreen ads. I’ll remind you that the device comes in black, plum, sage and twilight blue, with a 7 inch screen, 16 or 32 GB of storage, a 1.3 GHz quad core CPU and 1 GB of RAM. It has 2 MP front and rear cameras with HD recording and a microSD card slot.