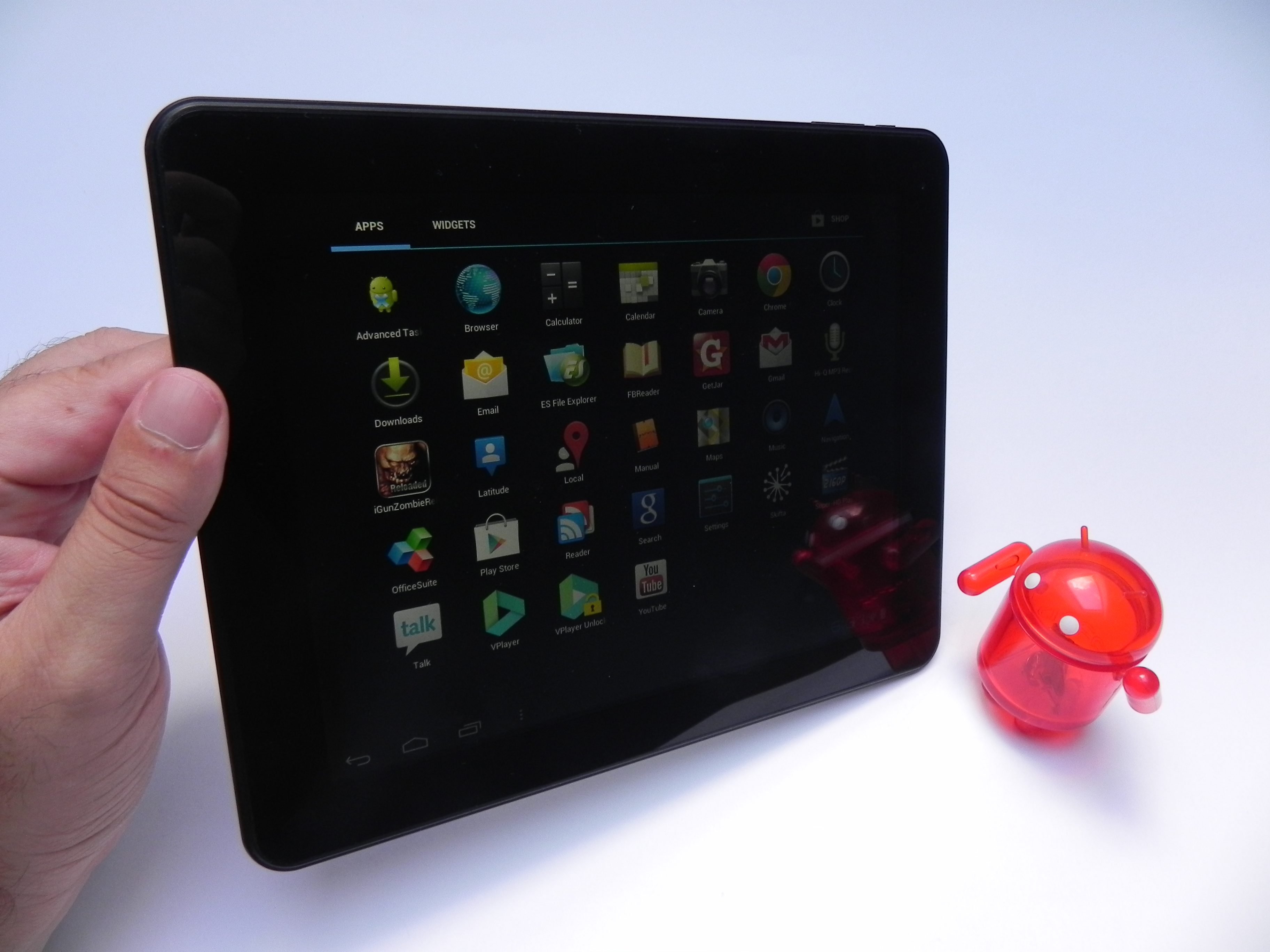 Yarvik GoTab Zeta is one of the rarer tablets that we’ve received for testing purposes during 2012. It was priced at 220 euros and it was one of the slates made by white box makers in China and rebranded in Europe. From what I could figure out, this model was branded in Netherlands. It’s pretty much the same as some of the Allview slates we’ve tested the past year. 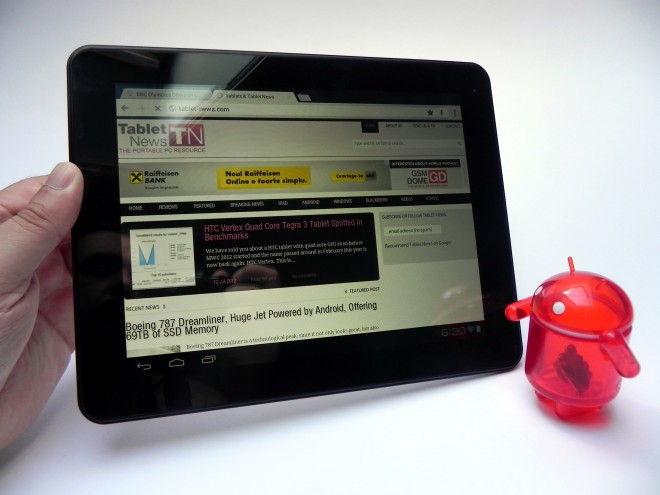 The product measures 10 mm in thickness, weighs 655 grams, so it’s pretty bulky. It has a 2 year warranty and it’s a typical cheap Asian slate with big bezels. All the major ports and slots are on one side and there’s even a poor Power button in the mix, very hard to press. We’ve got speakers, a camera, reset button and no Home button at all. The screen brightness is pretty low and you’ll notice that from the get-go. The hardware includes a microSD card slot, microUSB Host and microUSB slave port, plus mini HDMI.

The display is a 9.7 inch unit with 4:3 aspect ratio and IPS technology. It supports a 1024 x 768 resolution and 10 point multitouch. Inside the tablet there’s a Boxchip Cortex A8 1.2 GHz processor, with an ARM Mali 400 MHz GPU and 8 GB of storage. 1 GB of DDR3 RAM is also here and the device offers a variety of formats supported for playback, including MP3, WMA, WAV,, FLAC, AVI, MOV, MKV and MP4. The tablet has WiFi, runs Android 4.0.3 ICS and has a mono speaker, which is a bummer. 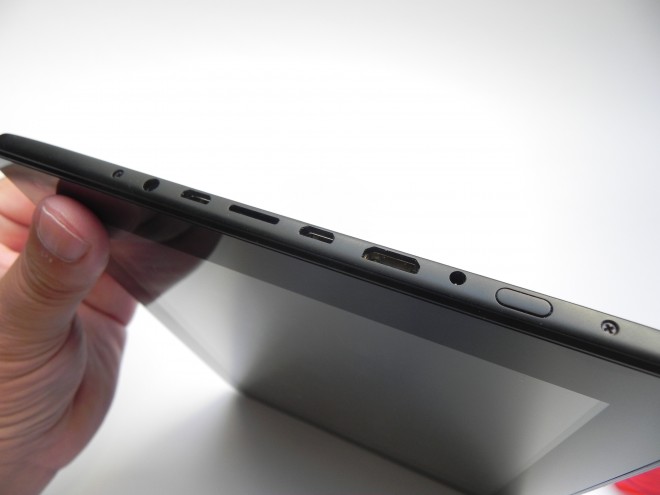 At the back we’ve got a 2 megapixel camera that does VGA video and upfront there’s a 0.3 megapixel sensor for videocalls. The mini HDMI on the slate outputs 3D 2160p content, apparently. Yarvik GoTab Zeta incorporates a Li-Polymer 8000 mAh battery, good enough for 5-6 hours of use and that recharges in a couple of hours. As far as benchmarks go, the device has very low scores, with 1748 points in Quadrant, 2956 in AnTuTu, 22.6 FPS in NenaMark 2. On the audio playback side, I was disappointed by the lack of bass, while the video playback revealed a weak screen, with not so good brightness.

At least we can access the Play Store and the browser… works, while the virtual keyboard is decent at best. Not much to say about this tablet, since it’s pretty much the same as the Allview Alldro 3 slate. So, let’s go to the Pros and Cons! These are the Pros of the product:

And the Cons are quite a lot: 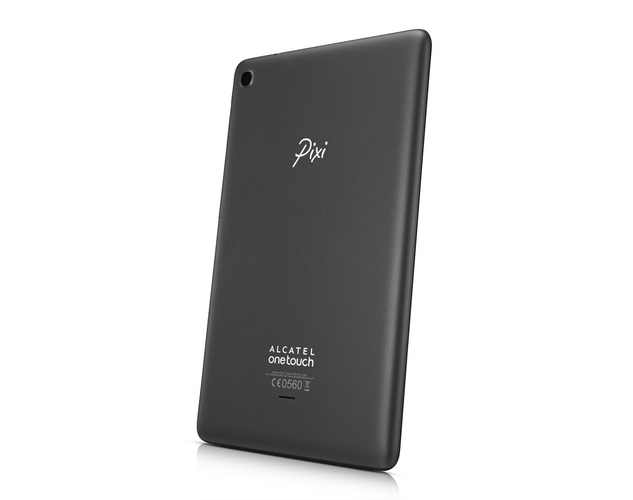