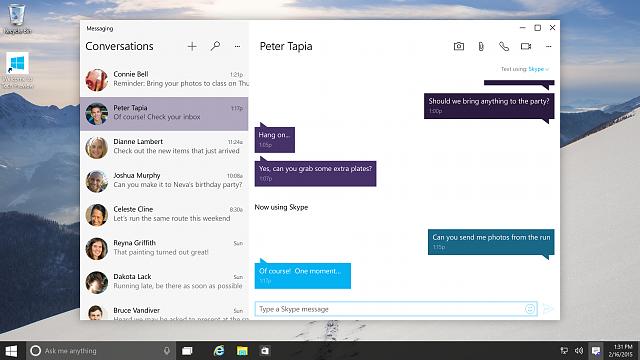 In the upcoming months Microsoft will officially released Windows 10 operating system on the market, a new version of the popular OS that will be now found on multiple devices. Beside the design changes and the virtual assistant Cortana, Windows 10 could also bring a very nice feature.

More precisely, is rumored that Microsoft will introduce something similar to Hand-off feature found on iPhone/OSX. More precisely we could answer to phone calls straight from the computer by using a dedicated headset with microphone or the send/receive SMS in the same way.

As expected, the feature will be compatible only between Windows Phone devices and Windows 10 computers. This information arrives after we found out that the new Windows 10 build brings back the Aero interface found on Windows Vista for the first time, and later borrowed by Windows 7.