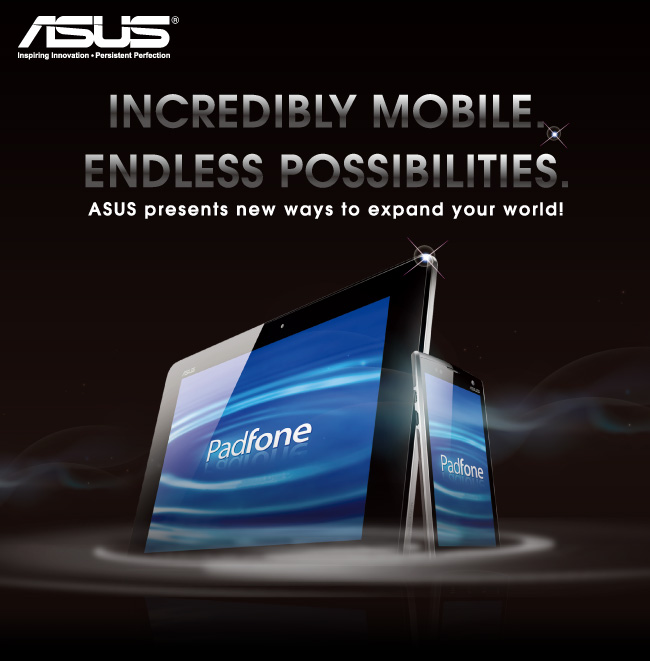 In case you didn’t know, Tablet-News.com will be attending Mobile World Congress 2012, this month and we already have some interesting invitations received. One of them is the one shown below, to an ASUS event meant to reveal the Padfone tablet/smartphone combo. We’ve been hearing about this device for a year now and we’re finally close to an unveiling.

The product has been showcased last year as well, but it failed to reach the market in due time, probably because the specs became outdate. We’re expecting here an Android 4.0 Ice Cream Sandwich device, with a handset that features a qHD display, a Qualcomm Snapdragon S4 processor and maybe 1GB of RAM. The tablet is expected to use a 10 inch display and rely on the handset for heavy duty tasks. I have to remind you that the Padfone handset is inserted into the tablet and the devices are able to switch data and power between themselves.

We’re going to get a hands on experience with this original device and I’m really curios to hear about the battery life and how well the phone is integrated into the slate. Now let’s see a price for this baby and maybe a solid launch date, considering this model was announced all the way back in may 2011.

Motorola Xoom Price is $699, Coming to Best Buy on February...