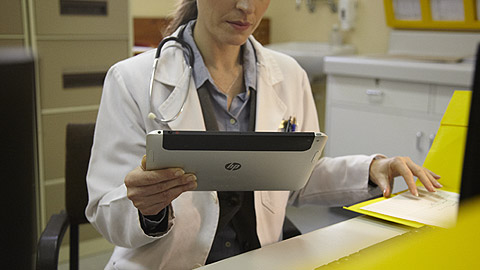 We’ve seen a mystery HP tablet leaked in a recent commercial called “Make it Matter”, that ended with a mystery device. Some said it was the rumored Slate 8, a HP tablet with Windows 8. Now the metallic body with big black metallic antenna window is back, this time in an official picture.

You can see it above and it appears on the HP Make it Matter site, featuring a shot of a doctor or medical staff unit handling the slate, that looks just like the one leaked before. We all know that HP is truly working on a Windows 8 slate, but are they so sloppy as to leak the same product twice in a month? And what does Microsoft say about that? It could be a method of promotion, since Windows 8 and associated tablets are coming in about two months after all.

This could be a limited enterprise model, judging solely by the medical/business approach of the ad and picture, but it could also be a mainstream model or the template for one. October 26th is when everything will become clear, since that’s the date when Win 8 arrives and so do the first Windows 8 tablets and Microsoft Surface Tablet. 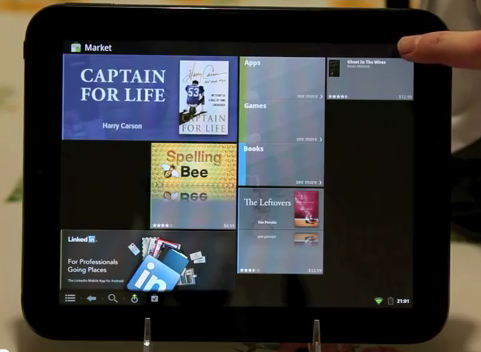 CyanogenMod 7 Reaches HP TouchPad, Almost Everything is in Working Order...