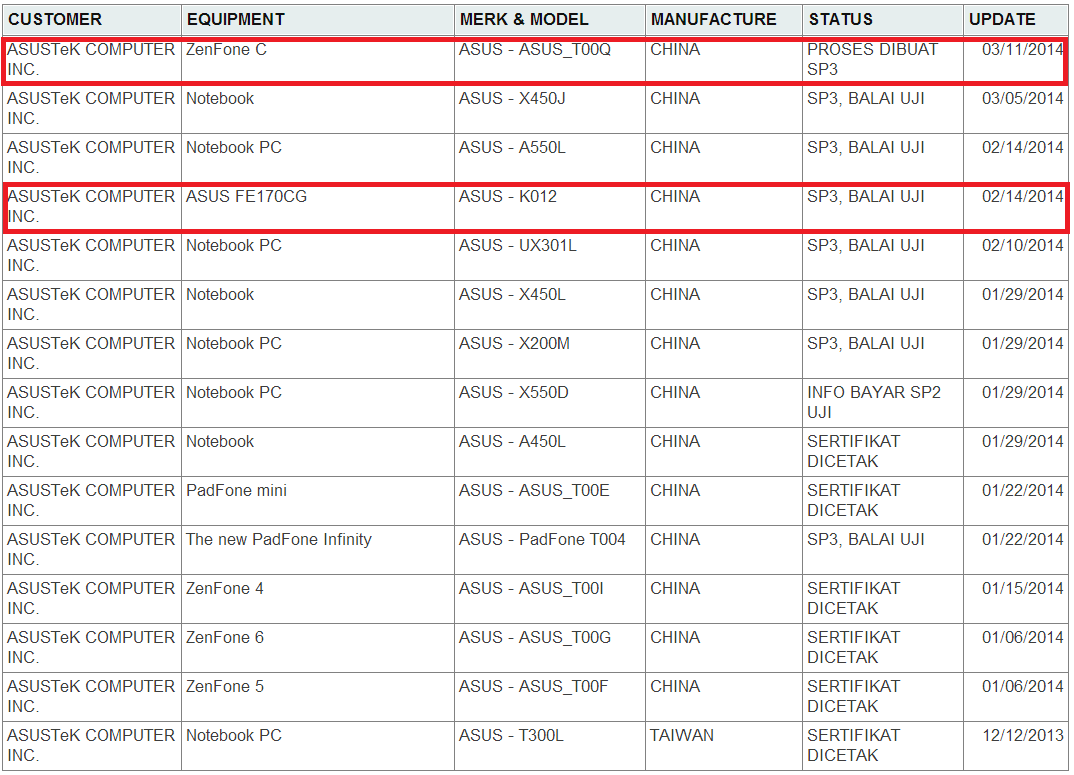 A recent leak has shown us that ASUS is readying two more devices for the following months. Both have been spotted on Postel, the Indonesian authority that deals with the certification of electronic gadgets before they are sold on the market. 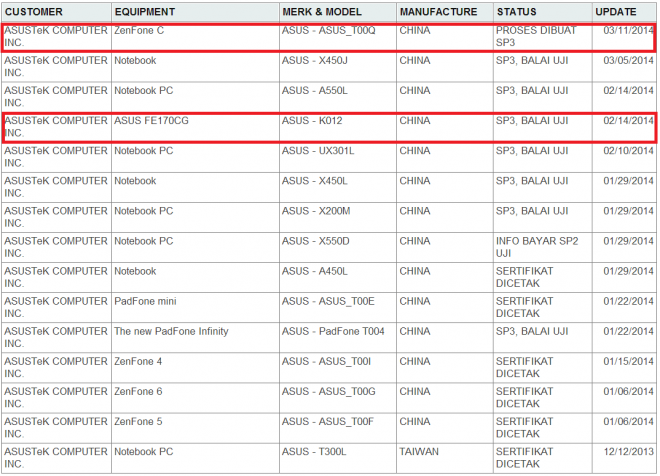 The names of the newcomers are the ASUS FE170CG (K012) and Zenfone C aka T00Q. The first one sounds like a tablet and judging from the codename, we could be dealing with a brand new MeMo Pad unit. The strange thing here is that we have an “F” initial instead of the M, so it may not be a MeMo Pad. Also, there’s product code K012, that may be associated with a FonePad.

And then there’s the ASUS ZenFone C, probably a fourth smartphone from the Asian company, after the Zenfone 4, 5 and 6. This one could be a phone announced at MWC, ready for launch, but it could also be yet another model. The Zenfones use Intel Clover Trail CPUs and I expect this one to keep the trend. 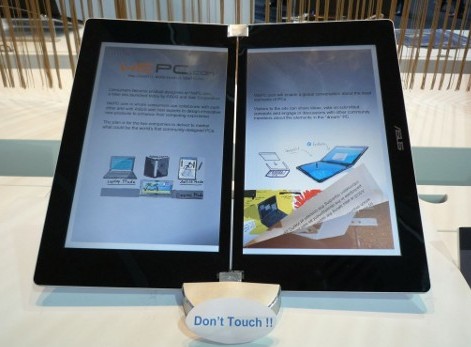 ASUS Prepares an E-book Reader With WiMAX, 3G and WiFi on...