Rumors and leaks concerning the iPad 5 have been appearing since January and now it’s time for a fresh batch of leaks to arrive. What you’re looking at in the pictures below are new shots of the shell of the upcoming 9.7 inch slate. 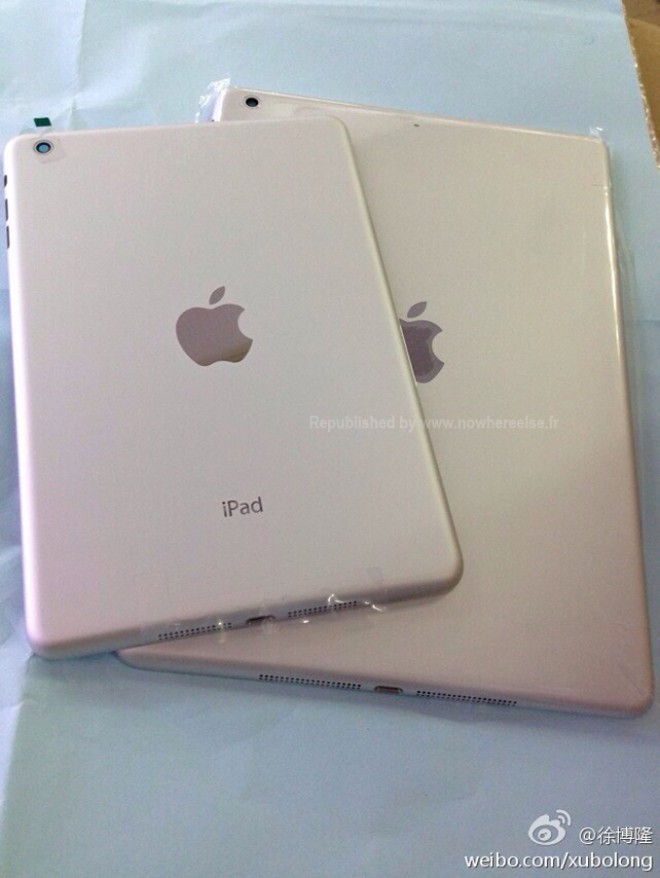 The device is expected sometime in October and as usual, the images show us a bigger iPad Mini design. You can notice the lack of sloped edges, the speaker and Lightning port setup like the one of the iPad Mini and the rounded corner and rectangular design. For some reason, the camera lens of the iPad 5 seems tinier than the iPad Mini’s but it may be an optical illusion.

We also expect the iPad 5 to be more compact and thin than the iPad 4 and bring a new CPU. There’s no way of telling if the iPad Mini shell shown here belongs to a first gen Mini or a second gen one, so it’s all guessing at this point. My only question is this: will we be getting a fingerprint scanner on this, too? 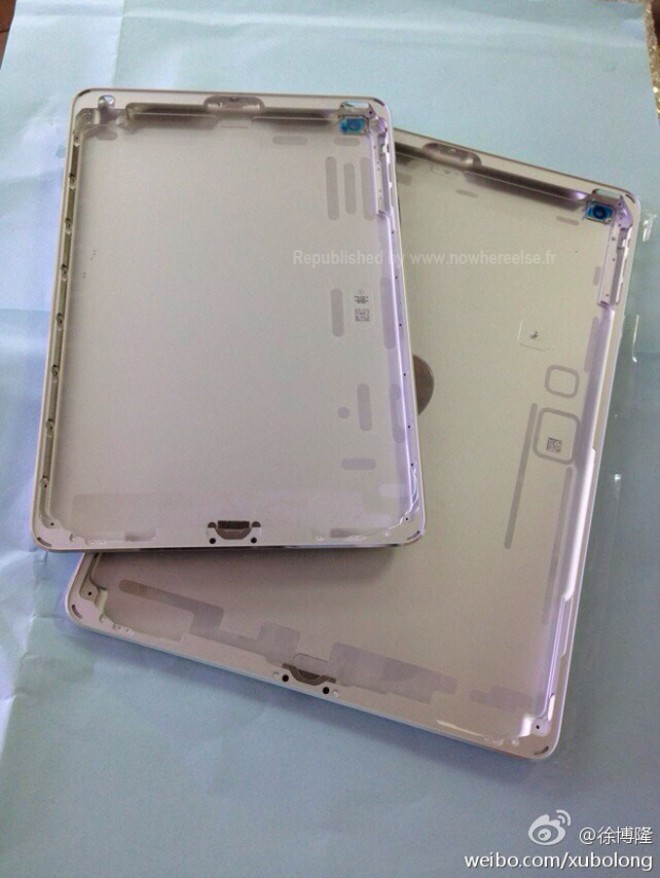 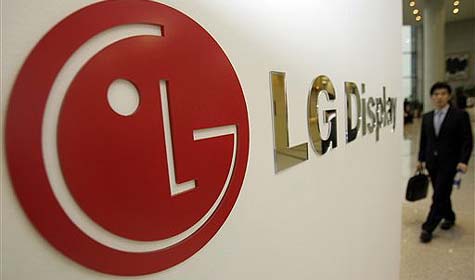