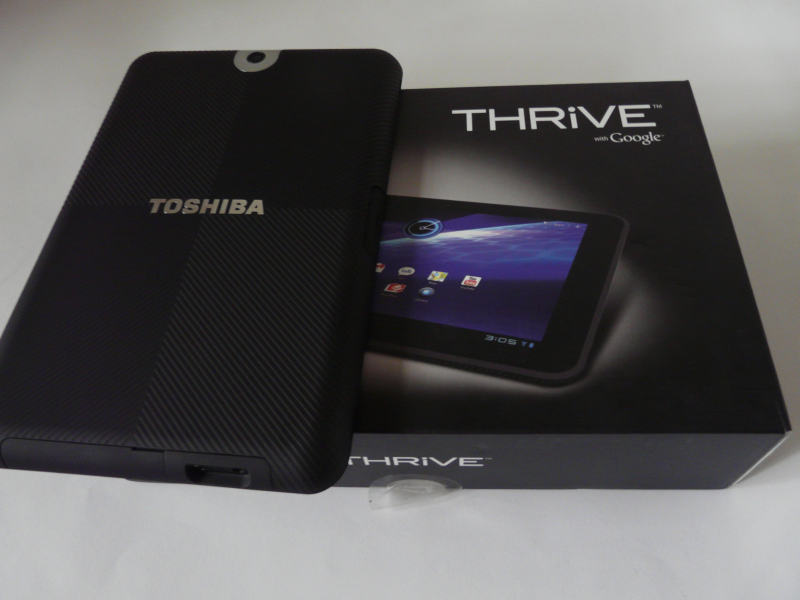 We’ve just received a Toshiba Thrive Honeycomb tablet for testing and we’re proceeded to the unboxing and battery removal, for you all to see. The Thrive is an older friend of ours, since we’ve played with this unit back in the day of Mobile World Congress and now we have the unit for review. 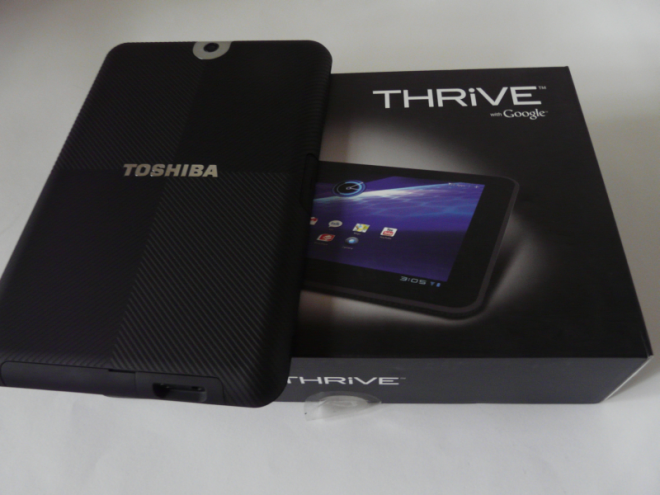 This 10.1 inch tablet comes with a big black box, that includes a bunch of manuals, some pamphlets with accessories, an USB cable and the two-piece charger, that’s actually a huge accessory. In order to access the removable battery of the Toshiba Thrive, you need to remove its back cover, by first unlocking it with a special side button.

After that it’s as simple as removing a HTC phone case, for example, provided that you have long enough nails. The battery needs two button pushed before exiting its special slot, that reveals some internal tablet components, shown in our video. And then we started the slate and revealed the custom Toshiba apps that the maker implemented on its tablet. We’ll be back with a full review in a couple of days, but till then, you should remember that the rumors about the tablet not waking up from sleep mode are sadly true.